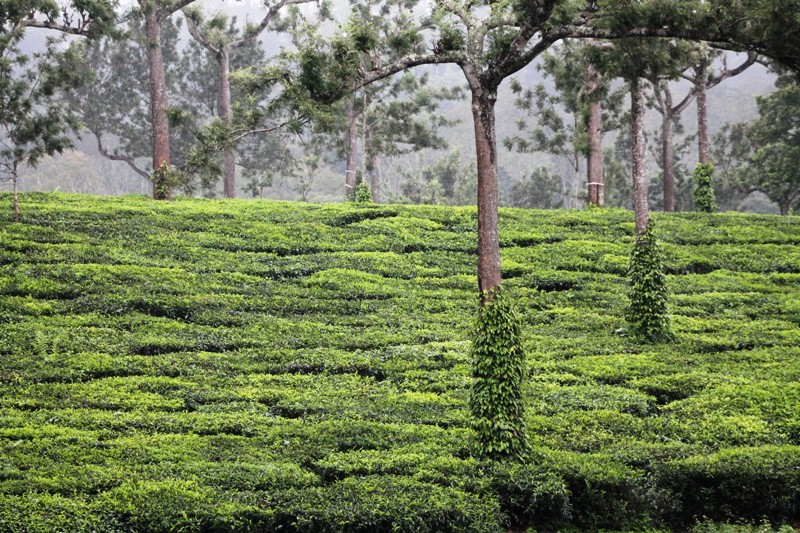 Malakkappara is a Tourist Destination in the Thrissur district of Kerala State, India. The forest area under Malakkappara is maintained by the Kerala Forest Department. This village is home to some rare and endangered species of flora and fauna. 96 Kilometers from Chalakudy, the drive up to Malakkappara village should take under 2 hours. Malakkappara lies on the border of Kerala and Tamil Nadu states.

The roads turn misty, during the early morning hours and the sky becomes clearer as the day descends. The forests of this area are thrilling and amazing. There are several small waterfalls and natural spots where one would want to make a stoppage, during transit. The area is photographic and the virginity of the village, beckons the traveler into its fold. An encounter with the wildlife such as monkeys is a natural phenomenon in the area. However, due to the decrease in the forest area, wild elephants and leopards are posing as a constant threat, to the human habitat in the village.

The tourist attractions near Malakkappara are:

Athirappilly Falls is situated in Athirappilly panchayath in
Thrissur district of Kerala, on the southwest coast of India. Located on the
west-flowing Chalakudy River near the Vazhachal Forest Division and the
Sholayar ranges, this 80 ft waterfall and the nearby Vazhachal Falls are
popular tourist destinations.

Vazhachal Falls is a rushing watercourse in the Chalakkudy
River in the Thrissur district of Kerala, South India. It is located 36km from
Chalakkudi and 5km from Athirappilly Falls.

The Thumboormuzhi check dam across the Chalakudy River divert water for irrigation purpose. Here a portion of the water from the river splits in to two canals namely Edathukara canal (left side canal) and Valathukara canal (right side canal). These canals are the backbone of the irrigation for the nearby villages. During summers almost whole of the river water will be directed towards the canals and the river bed will be visible.

Thumboormuzhi is also a natural habitat of butterflies. Almost every species of butterfly in the world harbors at Thumboormuzhi. At Thumboormuzhi Butterfly Park, you can enjoy the nature to its fullest and see how natures’ two different creations, butterfly and flowers converse each other.

Some of the plants which are grown in the park as feed for butterflies include Pagoda flower, rattlepods, Mexican heather or Hawaiin Heather, Rubiaceae, flame lily or fire lily, Heliotropium keralense (Medicinal Plant) and more. The park also includes river view, virgin forest view, a beautiful garden and children’s park. The park is well equipped with a DTPC restaurant, bathing ghat, snack bar, Chinese pavilion, and washrooms and parking areas to make your trip comfortable.

Charpa Falls is one of the scenic locations in Thrissur.
Situated close to the Athirappilly Falls (60 km from Thrissur), the waterfall
is a part of River Chalakkudy. During monsoon months (June to August) it
plunges on to the road.

Poringalkuthu Hydel Tourism has much in store for the
visitors. One can enjoy a nice view of the Dam and the adjoining areas part
from the other amenities facilitated there.

Dream
World, the state-of-the-art water theme park is situated close to the
Athirappilly waterfalls and other nearby attractions of Vazhachal,
Thumboormuzhy and Sholayar. The Rain Dance with snow effect was introduced for
the first time in Kerala.

Holy Land, Chalakudy is a municipal town situated on the
banks of Chalakudy River in Thrissur District of the Kerala State in India. It
is the base camp for travellers to Athirappilly and Vazhachal Falls.

Silver
Storm in God’s Own Country – Kerala introducing a novelty of Amusement with the
hearty touch of elegance. A place, encircled with the symphony of nature,
blessed by the almighty, adorned with the western ghats.

Anamalai is one of the biggest
wildlife sanctuaries in india with some900 Sq Kms of forest area Top-Slip is
also the gateway for adjoining Parambikulam sanctuary in Kerala.

Kodaikanal is a city in the hills of the taluk division of
the Dindigul district in the state of Tamil Nadu, India. Its name in the Tamil
language means “The Gift of the Forest”. Kodaikanal is referred to as
the “Princess of Hill stations” and has a long history as a retreat
and popular tourist destination                          .

Town:
Pollachi is the nearest town from Valparai. It is about 64 km from Pollachi.
Airport:
The nearest airport to Thrissur is Nedumbassery International Airport at Kochi, at a distance of 85 km.
Railway Station:
Thrissur is an important railhead in southern India. Several important trains connect Thrissur with other places in Kerala and neighboring South Indian cities. Thrissur railway Station is one of the busiest railway stations in the state of Kerala.
District:
Thrissur
Longitude:
10.278670
Latitude:
76.858131