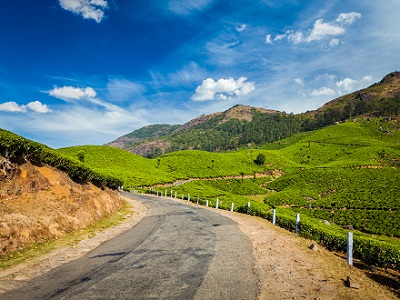 When to go to Kerala

Bestowed with a pleasant and equable climate throughout the year, Kerala is a tropical land with the coast running down its entire length and the Western Ghats forming a protective barrier against the dry winds from up north. The monsoons (June-September & October-November) and summer (February-May) are the seasons markedly experienced here, while winter is only a slight drop in temperature from the normal range of 28-32°C.

Although Kerala used to have a second dip in visitor numbers during October’s monsoon, this month now marks the beginning of the high season for all hotels and tour operators, with mostly foreign tourists flocking in to take advantage of “monsoon tourism” deals on offer. December and January are the peak tourist months, so be prepared to pay top rates around Christmas and New Year’s Eve. If you plan on visiting during that time be sure to book ahead as many hotels run on full occupancy. Because of Kerala’s large Christian community, this time of the year is quite festive and very enjoyable. The climate is ideal for the beach and backwaters, while the hills offer a cooler alternative.

By March the tourists season starts to wind down as temperatures soar to almost 40 degrees Celcius and the air becomes humid. June brings in the monsoon season that lasts up to mid-August (in the last few years). This rainy season deters tourists bound for the beaches and the backwaters, but it’s supposed to be the best time for ayurvedic treatments. The hills like Munnar and Kannur are still pleasant during this time and often cater to domestic tourists escaping the heat in the plains.

By mid-August the monsoons are over and the temperature is cooler. The Onam Festival is celebrated across Kerala around this time. Tourists can find some of the best deals during this period and domestic vacationers are already taking advantage of this. The cooler temperature and good prices make this an ideal time to visit, although, because August is the tail end of the monsoon and the sea is on high tide, swimming in the ocean is restricted on several beaches. This is also bug season, so insect repellents and a suitcase full of long pants is advisable to ward off the mosquitoes that can cramp evenings outside.