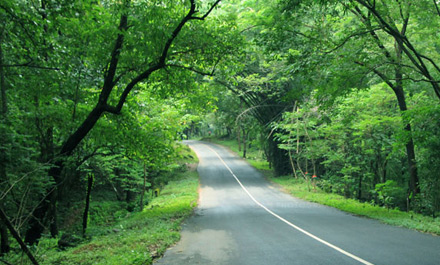 Travelling by Road to Kerala

Inter-state private and government buses operates between neighboring states. Usually the journey is performed in the night so that you can escape the heat of the day. The most common inter-state bus is Karnataka State Road Transport Corporation (KSRTC-Karnataka) with daily bus from most of Major cities of Kerala to Bangalore, Mysore and Mangalore. Tamil Nadu State Bus like SETC also operates regularly from Kerala. Kerala’s State bus- KRSTC-Kerala do have regular Ordinary bus to most of nearby places in Tamil Nadu and Karnataka. KRSTC-Kerala also operates a few Volvo AC bus to Bangalore and Coimbatore.

However Private bus players to operate more buses than Govt options. Most of them are well maintained. Kallada, Shama, KPN are the major bus players, though recently Raj National and few others have entered with Pan India operations. Kallada, KPN, Shama etc have regular buses to Bangalore, Chennai and many other places in Tamil Nadu as well as Karnataka on various times
It is recommended that you consider booking long distance bus tickets on “air conditioned Volvo buses” operated by all operators as the quality of the other buses vary significantly.

Kerala is well connected by National Highways and recently it was renumbered. Both numbers are used interchangeably:
NH 66 (Connecting Mumbai to Trivandrum via Western coastal side of Goa, Karnataka and almost all coastal cities of Kerala like   Kannur, Kozhikode, Kochi, Alapuzha, Kollam etc) (Earlier known as NH 17)

Most of the NH roads are two lane carriageways. Only NH 544 is currently 4 lane carriage with dedicated service roads. However its tolled highway. As vehicle density is very high in Kerala, accidents are common. You must be extra cautious while driving here.