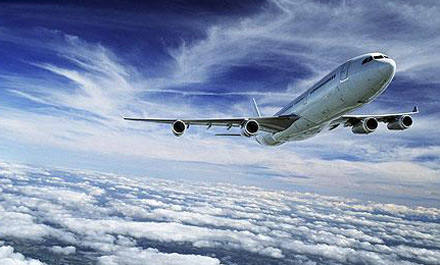 Travelling by Air to Kerala

There are three airports in Kerala, with flights to domestic and international destinations: Kochi(Cochin), Kozhikode, and Thiruvananthapuram(Trivandrum). The airports have several carriers operating international flights around the world.

Cochin International Airport (IATA: COK) is the largest airport in the state, with regular flight connections to most of the Middle East and Southeast Asia, Sri Lanka. Europe and US bound passengers need to transit in the Middle East or Mumbai, though chartered flights are common during tourist season, mostly from Europe. There are regular Flights to most parts of India.

Thiruvananthapuram International Airport (IATA: TRV) has regular connections to major cities of India, as well as to the Middle East, Southeast Asia, Sri Lanka and Maldives. Charter flights for tourism from London, New York and Moscow operate to Thiruvananthapuram.

Kozhikode International Airport (IATA: CCJ) is a major airport in Malabar with international connections to most of the cities in the Middle East.

There are 20 to 25 international carriers offering flights to Kerala. Apart from international carriers, Air India, Air India Express, Jet Airways and Indigo offers international connections from the 3 airports. Domestic destinations accessible by direct flights from these airports include Chennai, Bangalore, Mumbai, Agatti, Hyderabad, Mangalore, Pune, Goa and Delhi. There are daily, and some bi-daily flights, to most Indian cities from airports in Kochi and Trivandrum by all the Indian carriers. Kochi has Air-Cruise turnaround program with chartered services.

Shuttles operated by KSRTC are available from airport to its respective city core and nearby towns. Taxis are the most popular for Airport-City connection.