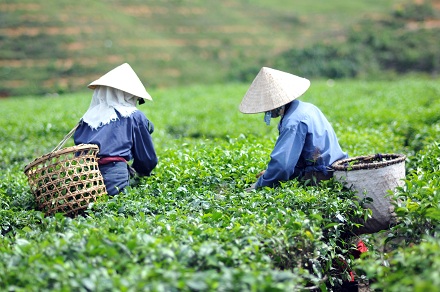 Wayanad – the “Green Paradise” is one of the loveliest hill stations of Kerala located at a distance of about 76 km away from the seashores of Kozhikode. It lies at a height of 700 to 1800 m above sea level. . It is a small hilly district (2126 sq. km) situated in southern region of Western Ghats – a biodiversity “hot spot”. The richness of the plant diversity in this district is evidenced by the occurrence of more than 2000 species of flowering plants.

Wayanad has got 12,000 ha of agricultural land of which more than 50 % is used for raising cash crops. Coffee in Wayanad shares 65 per cent of the total area. Other crops grown here are rice, ginger, turmeric, pepper, coconut, arecanut and vanilla. Tea is grown in approximately 6800 ha which includes 4800 ha under corporate sector and 2000 ha under small growers section. Wayanad wildlife sanctuary is home to many exotic species of plants and animals. Elephants, Wayanad spotted deer, bison, tiger, leopard, wild boar etc. can be spotted here. Chembra peak is the highest peak in Wayanad with an elevation of 2100 m above MSL. Pookot lake 3 km south of Vythiri, is a freshwater lake nestled among wooded hills. It is the only one of its kind in Kerala. The Edakkal caves located at 1000m have the New Stone Age pictorial writings, indicating the evidence of civilization that existed in this area in the prehistoric times.

This Regional Centre advises the estates located in the Wayanad district of Kerala on all aspects from tea cultivation to processing. The laboratory has equipments to analyse soils. Several experiments relating to planting, clonal selection, agronomy and plant protection are being conducted here. The high yielding clone TRF-1 was identified and evaluated in the district. The Centre also pays attention to the interest of small tea growers in Wayanad.