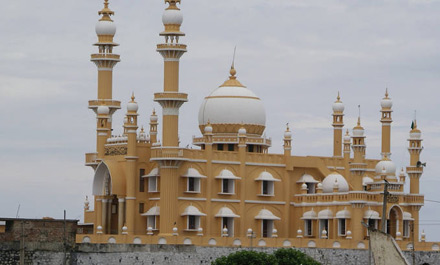 Kerala had trade relations with many foreign countries, especially those in the middle-east like Assyria and Babylonia, right from the ancient period. Kerala was frequently visited by Arab traders for its spices, Teakwood, Ivory etc… Islam was propagated in Kerala by these traders and it is believed that the religion spread to other parts of India from Kerala. Many of these traders later settled in the coastal areas of Kerala. In 644 A.D., Malikben Dinar reached Kerala, propagated the religion and established mosques at various places.

Today, Muslims form the second largest religious community in Kerala constituting 24.7% of the total population. Majority of the Muslim population is in the northern districts of the state. Malappuram has the largest Muslim population followed by Kannur, Kozhikode and Wayanad. The population of Muslims increased by 1.70 percentage points in the State since the last Census in 1991.