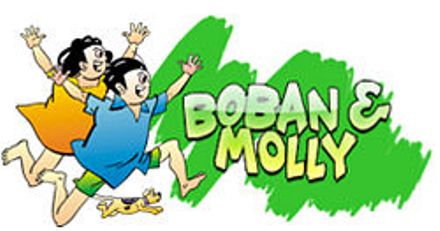 V. T. Thomas,Toms is a cartoonist from Kerala, India. He is the creator of the cartoon characters Boban and Molly. It is widely popular in Kerala, state of India. Bobanum and Moliyum has been published in Kerala’s regional language Malayalam.

It is the largest readership cartoon magazine in Kerala. Boban And Moli was first published in Malayala Manorama weekly until 1990. Now Boban and moly is published by Sri Toms himself as his own publication.

Toms peoples the cartoon with characters like Kunchukurup, Appy-Hippy, Unnikkuttan, Panchayat President Chettan, his wife, etc. who all had found a place in the hearts of Malayali society.