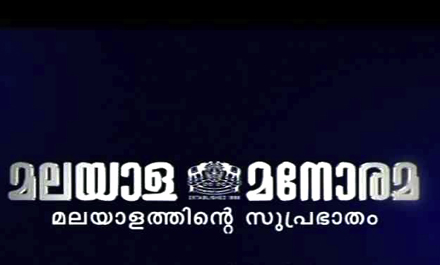 Malayala Manorama is a daily newspaper, in Malayalam language, published in the state of Kerala, India. According to World Association of Newspapers, as of 2008, it holds a position as top 26th most circulating newspaper in the world (third largest circulating newspapers in India behind The Times of India and Dainik Jagran and most widely read daily and number one in Kerala). It was first published as a weekly on 14 March 1890, and currently has a readership of over 20 million (with a circulation base of over 1.9 million copies). The Malayalam word “manorama” roughly translates to “entertainer”.

A joint stock publishing company, destined to acquire the status of the first joint stock publishing company of Republic of India, was incorporated by in 1888 by Kandathil Varghese Mappillai at Kottayam, then a small town in the Kingdom of Travancore, currently, a part of Kerala state, India. The first issue of Malayala Manorama was published on March 22, 1890 from the press owned by Malankara Metropolitan Pulikkottil Joseph Mar Dionysious II of the Indian Orthodox Church. The name Malayala Manorama was chosen by the poet, Raghavan Nambiar, Villuvarvattathu from Tiruvalla. Kerala Varma granted the symbol which is a part of the Travancore kingdom symbol. In a period of two years, from the date of incorporation until the publication commenced, the company witnessed several challenges. Presently, it also publishes several other publications, including the English news magazine The Week (the-week.com), the women’s mag Vanitha (in Malayalam and Hindi), an information oriented monthly called ‘Tell Me Why’, a comic digest Balarama and the men’s lifestyle magazine The Man (www.theman.in). The group has also diversified into Entertainment and News Television (Mazhavil Manorama, Manorama News), Radio (Radio Mango), internet (manoramaonline.com) and programming (Manorama Vision).

In rest of India