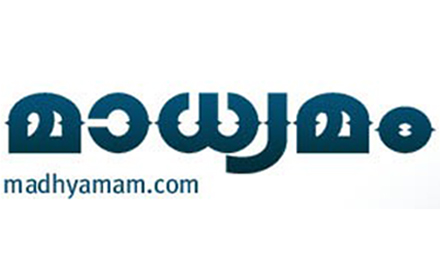 Madhyamam is a Malayalam daily newspaper published from Kerala, India, since 1987.It was founded in 1987 by Jamaat-e-Islami Hind, a hardline Islamic organization, and serves as its mouthpiece. It has 10 editions in India (7 in Kerala and Mumbai, Bangalore and Mangalore) and its Gulf edition Gulf Madhyamam has 9 in the Middle East. According to Indian Readership Survey 2009 and IRS 2010 Q4, it is the fourth largest read newspaper in Kerala with a readership of 9.04 lakh readers. Gulf Madhyamam is the oldest and largest Malayalam newspaper in the Middle East, with highest number of editions in the Gulf countries than any other daily in the Middle East. The newspaper and its team of journalists have bagged nearly ninety awards including Ramnath Goenka Journalism Award, Statesman Award for Rural Reporting, PUCL Journalism Award for Human Rights, ESR World Journalism Prize and the Asian Development Bank Institute (ADBI) Developing Asia Journalism Award

The newspaper exposed multiple stories of land encroachments, farming frauds, and malpractices in the name of assisted fertility.  It also exposed an alleged kidney racket in tribal settlements in Idukki district of Kerala prompting a public outcry followed by an in-depth investigation by both the state government and the Indian Medical Association (IMA) into the incident.