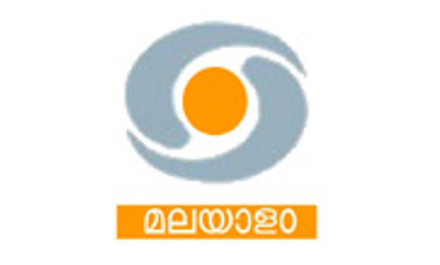 DD Malayalam is a Malayalam language television channel operated by India’s national broadcaster Doordarshan. It is one of the 11 Indian regional language channels operated by Doordarshan. DD Malayalam broadcasts from Thiruvanthapuram,Kerala.
The channel broadcasts through satellite in the name DD Malayalam and through terrestrial in the name DD Keralam. The channel has its main studio in Thiruvanthapuram and an auxiliary studio in Thrissur. In terrestrial mode, DD Malayalam is available to 99.2% of the population of Kerala. The satellite broadcast was started in 1994. It is also received in 64 countries spread over the continents of Asia, Africa, Europe, Australia and America.

The legacy and the decline

DD Malayalam is the first television station in the Malayalam language. In the early years of monopoly, until the 1990s, the station bradcasted several public interest programs funded by the government of India. The station was instrumental in popularizing many public interest campaigns for the government, like educating the people about the need for vaccinations, etc.

Later, by the end of 1990s, amidst a flood of private owned channels, Doordarshan lost its grounds and started competing with the private channels. This led to a surge of popular programs like television dramas. When the competition moved on to live-phone-in programs and reality shows (predominantly the Indian version, the music competitions), Doordarshan gave up. At this point the

DD Malayalam channel tried to sustain its position by claiming a “most-trusted news” broadcast. But this too failed soon as the private owned news channels flooded the competition with 24-hour news and “flash news”. Now the channel sustains a nominal presence only due to its capabality for terrestrial transmission, which is available without a cable provider.