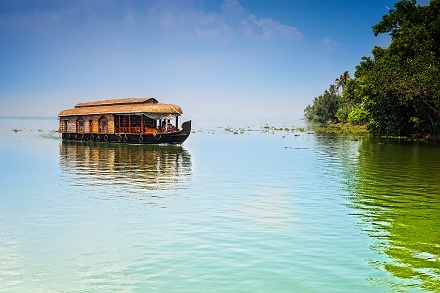 The picturesque backwaters of Kerala are one of India’s most enchanting holiday destinations.

The backwater network includes large lakes such as the Vembanad Lake, the largest among them, linked by 1500 km of canals, both man-made and natural and fed by several rivers, and extending virtually the entire length of Kerala state. The backwaters were formed by the action of waves and shore currents creating low barrier islands across the mouths of the many rivers flowing down from the Western Ghats range. Explore More…