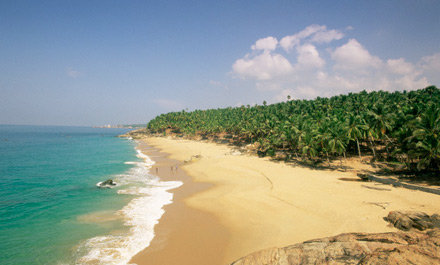 Flanked on the western coast by the Arabian Sea, Kerala has a long coastline of 580 km (360 mi); all of which is virtually dotted with sandy beaches.

Kovalam beach near Thiruvananthapuram was among the first beaches in Kerala to attract tourists. Rediscovered by back-packers and tan-seekers in the sixties and followed by hordes of hippies in the seventies, Kovalam is today the most visited beach in the state.