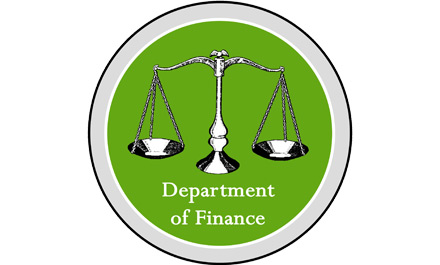 In the course of legislative developments in 1865, the foundation stone was laid for the Secretariat building by His Highness Ayilyam Thirunal Maharaja. The Secretariat began to function from 23rd August 1869. Earlier, the Secretariat was known as Huzur Cutchery, Public Office or Puthen Kacheri.

As part of the modernization of administration, in 1871, Col. Munro and Her Highness Rani Lakshmi Bai framed some of the major departments of the Secretariat like Finance, Revenue, Police etc. (The Secretariat came to be known as Government Secretariat from 25th August 1949 by virtue of Circular no. M3-5412/49/CS). Since its formation in 1871, Finance Department plays a major role in governance.

Mission and Vision of the department

The State Government aims at enhancing fiscal stability through enhanced revenue receipts. The Government stands for more governmental intervention and enhanced governmental expenditure. Expenditure contraction is not its policy or mission. The Government aims at increasing Gross State Domestic Product ratio to 14 percent in 2010-11. It aims at eliminating revenue deficit by 2010-11. Liquidity management of this Government is commendable. The State has not entered into overdraft even for a single day during the financial year 2008-09. Other major achievements include E-based tax administration; Streamlining of procedures; Greater devaluation of fiscal powers through transparency in procedures; Fiscal autonomy to deserving Public Sector Undertakings; More financial powers to Administrative Secretariats and Directorates; Modernisation and transparency.

Line departments, Institutions and organizations under the department