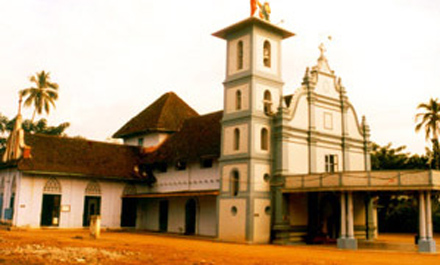 This is a well-known form of local festivals which is held around the time of the summer season because this festival is celebrated in April visit the St. Thomas church located at Malayattoor, Ernakulam district in Kerala state, India and experience this incredible atmosphere of religious fervour. The Malayattoor Perunnal or the Malayattoor Feast is celebrated on the Sunday after the Easter.

This festival also involve some cabinets which are most of the major local rituals is a fascinating event. Malayattoor Perunnal in Kerala which should ceremonially be celebrated after Easter which becomes really festive and charming. It is considered to be a real symbolic treat for the tourists who come at the spots during the cheerful season.

Historical stories say that the place on which St. Thomas had landed on is the Kerala coast at Muziris, known as Kodungalloor port in 52 AD. Some believe that the Malayattoor Church is one of the major churches built by St. Thomas. Kurishumudi is where one can find the Golden Cross believed to have formed when St. Thomas bent down on his knees on a rock and signed a cross with his finger. He continued there praying for a long time, and eventually a golden cross appeared on the spot. Another curious sight at the mountain is the enduring footprint and the marks of knees believed to be that of St. Thomas imprinted on the rock. Every year as the month of April arrives the entire village gets ready to welcome the pilgrims. Pilgrims, in this festival chant the name of the Apostle, ‘Ponninkurisumala Muthappa’, and climb Kurisumudi, the steep hill to visit the holy shrine in this festival.