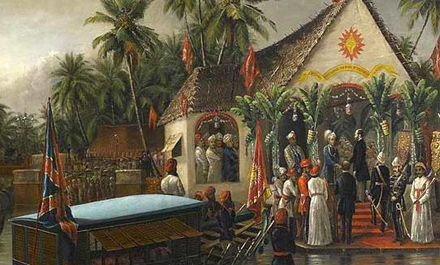 Malabar Mahotsavam is a cultural legacy of Kerala. The event is at Mananchira ground in the heart of Kozhikode town of Kerala in the month of January every year. Malabar Mahotsavam not only depicts the culture of Kerala but it is an event where food lovers can find their place. In Malabar Mahotsavam you can get to have some exquisite menus of Kerala which are local and equally savory. This festival in Kerala beautifully showcases the cultural richness of the region. This event is organized by the Kozhikode District Tourism Promotion Council, this festival was started in the year 1992 and is celebrated to show the true spirit of Kerala.

The region of Kerala has an unmatched richness.Performing arts has developed in Kerala over the ages and has reached an acme. A variety of Indian classical dances have originated from the soil of Kerala. The festival highlights musical concerts, performances of various classical dances like Kathakali, Mohiniyattom, Ottanthullal etc. and ritual art forms like Koothu, Thewam, and Thira etc. The festival is also an occasion to have pleasure the exotic cuisines of Kerala and enjoy mind blowing firework show.Malabar Mahotsavam has become a major attraction of domestic tourism that offers the opportunity to enjoy the performances of well-known scholars and artists in various art and culture. Fireworks and native cuisines are also arranged during the festival period.

Malabar Mahotsavam gives the local people an experience to many art forms of India, both classical and folk and appreciate the rich cultural heritage of the country. This festival also depicts, an outcome of the first two, is to exploit the immense tourism potential of the region which is grossly untapped. It is also meant to create an atmosphere of mutual harmony as Malabar is known for the serene amalgamation of many religious beliefs. It is expected that the Festival symbolizes the true colors of India through art and culture by the involvement of so many artists and art lovers from all over the country who comes from different states and show their skills.

The most important feature of this Festival is that it reachable to common man as the festival does not claim any entrance fee to any of its visitors. The Festival is organized with the help of sponsorships.The Festival is very specially celebrated in Kerala and its success has driven other districts like Ernakulam to establish a similar festival in Cochin also.