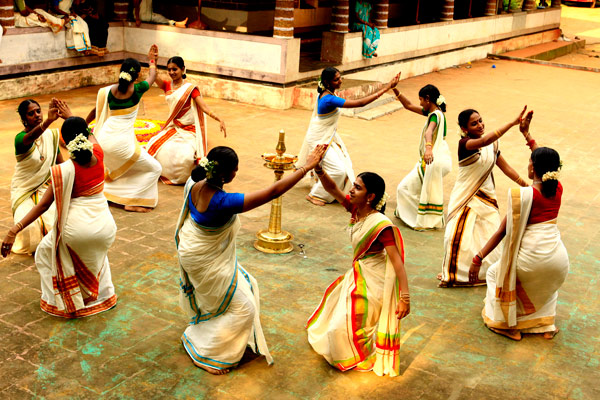 Thiruvathira Festival is celebrated in Kerala on the Thiruvathira day of the Dhanu month (December-January) in the Malayalam calendar. There are many stories regarding the origin of this festival. It is said to be the day on which lord Shiva agreed to become the husband of goddess Parvati, as a reward for her severe penance. Another version is that Thiruvathira festival is celebrated in commemoration of the death of Kamadeva, the mythological god of love. Yet another version is that Thiruvathira is the birth day of Lord Shiva. Special pujas are offered to the deity on this day.