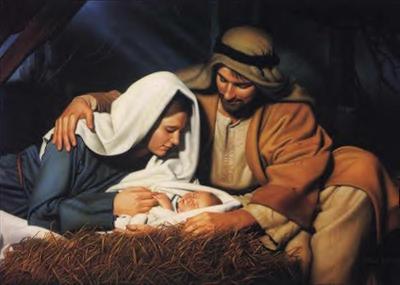 Kerala is not just a narrow strip of land in the south western tip of India. It is the fore runner among Indian states in education, living standard, and secular life style. The mutual affection and co operation among different communities has percolated in to jointly celebrating of each other’s festivals also.The entire people of Kerala without the difference of caste and creed celebrate Christmas. The fervor and gaiety visible through out Kerala is standing testimony to that. Difference in religious belief does not stand in their way in welcoming the birth of Christ. Business men have a hay day as sales of every thing reaches in it feverish pitch.

People of Kerala make advance arrangements to welcome this day which fall invariably on December 25th. About ten days before Keralites make hexagonal star shaped frame from bamboo log pieces and cover it with translucent color paper. A lighted lamp is placed in it at night. This star is hung high on the branch of a tree in front of the house. The colorful stars dangling in front of every house announce the arrival of a good event. Now a days factory made stars have stolen the show, robbing the old delight of improvising one. Making of a Christmas star was the thrill to the children of that time now shopping one has become the trend.

During Christmas time children of the neighborhood form local carol troops and start learning to sing songs and dancing. They visit neighborhood homes and get their permission for the performance in their courtyards. The largest among them make up for the Santa Claus. Small girls in beautiful dresses dance as boys sing and play musical instruments. Christmas Eve is really for these children as they enjoy it the most. The party performs the show from house to house. The gifts received from the houses are shared among the children.
Each and every Christian home set the crib (pul koodu– nest made of dry grass) in which the images of infant

Jesus along with cute dolls representing angels’ shepherds’ lambs’ etc. and other beautiful items are placed. The crib is decorated as beautifully as they can. Here also children have the main roles as mama and papa are mere facilitators or onlookers. The Christmas tree is rather a recently introduced one. The children generally go out in groups climb on trees (generally casuarinas) and cut the branches bring it home. This branch known as the Christmas tree is decorated with color papers and balloons. The Christmas cards received are also used for this decoration.

Masses are held during Christmas Eve in the churches. Before the mass, the priest brings out the image of Infant Jesus accompanied by group of children. In a solemn ceremony the image is placed in the well decorated crib, which would be beautifully decorated and kept behind a curtain. At the time of lifting the curtain and placing the image in the crib, the entire assembly says prayers loud making the atmosphere surcharged with devotion. By midnight the mass will be over and people return home, it is celebration time there after. Children hardly sleep in the night and wake up early.

Previously cakes and wines were made at home prior to Christmas. Ladies of Christian homes were well known for their culinary skills. The wines they made excelled the caviars the bakery made cakes are mere trash when compared to the creations of our home made ones. Fish molly, karimeen pappas (a local fish delicacy) with appams (round rice bread with soft middle and laced edge) was a combination par excellent. The five course dinner at noon is a real treat. Wine with cake, bread with fish molly, appam with beef curry, rice with all sorts of side dishes and to cap it all final serve of pudding are the standard diet.