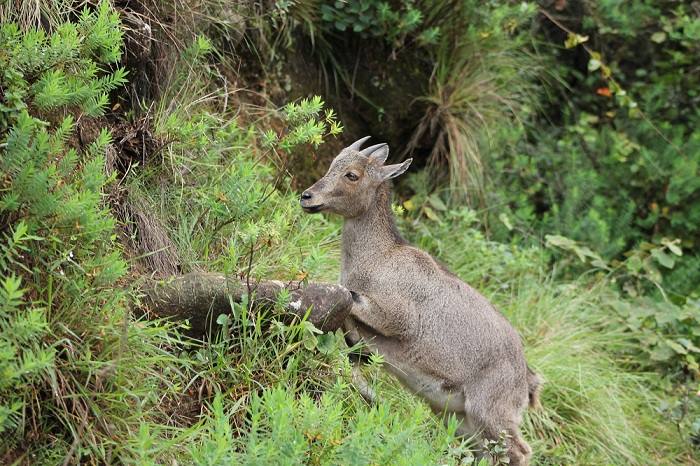 In Kerala there are a large number of wildlife parks and sanctuaries. Kerala is considered to be a green paradise on earth. The dense green forests with a wide variety of animals such as elephants, tigers, deers, leopards etc and water birds provide a great opportunity to the tourists to sight these different creatures.


Peppara wildlife sanctuary is located in the Nedumangad Taluk in Thiruvanathapuram district. The Peppara Dam has been constructed over the karamana River and it was declared as a sanctuary in the year 1983. Tribes of different types are settled in these areas. A total of 13 tribals are settled in this sanctuary out of which 11 are in the Athirumala section and 2 are in the Thodayar section.


Neyyar wildlife sanctuary is located around 30 km north of Thiruvanathapuram district. The Sanctuary extends from Neyyattinkara taluk to the Mundanthuari Tiger Reserve in Tamil Nadu. It is considered to be the drainage basin of Neyyar River and its two tributaries. The two tributaries are Mullayar and Kallar and both of these originiate from Agasthyarkoodam which is the second highest peak in Kerala. The Sanctuary was established in the year 1958.


Eravikulam National park is in Munnar. It is at the crest of the Anamala range and is said to be a must excursion place while on your visit to Munnar. In order to reach here one has to trek from Rajamalai about 17 km from Munnar. There are a wide variety of endangered species found in this national park.


Kodanad is situated on the banks of river Periyar between the high ranges near Perumbavoor. It is one of the largest elephant training centres in Kerala. The elephants that have been captured from the nearby Malayatoor forests were trained here earlier. Later capturing elephants from these areas were banned and so Kodanad was reduced to a training centre. The famous Malayatoor Church is near Kodanad.


‘Bhoothathaan Kettu‘ is located around 63kms from Ernakulam and is a good picnic spot. Near to this is a dam where it is possible for one to go for boating in the reservoir. People believe the legend that this dam was constructed using rocks by a “Bhootham” meaning “Ghost”. Hence, it got its name. Trekking through these forests is an interesting activity for the tourists. The forest here provides a large variety of flora and fauna.


Thattekad bird sanctuary is situated about 20 kms from Kothamangalam. In this bird sanctuary it is possible for one to see some of the rare species of birds. This place is a paradise for the ornithologists as a large number of exotic birds gather in this sanctuary.


The Silent Valley national park is located about 40 kms to the northwest of Mannarkad. It is the only evergreen forest in the Sahya ranges. The main feature of this forest is that this area is devoid of the chirping sound of any insects, even that of the cicadas. The vehicles go up to Mukkali which is around 24 kms from the park. The rest of the way up to Kunthipuzha has to be travelled by foot.


Tusharagiri which lies about 50 kms from Kozhikode is near Vythiri. This place is very famous for trekking. The tourists start the trekking early in the morning to climb up the hill through the dense forests. These forests are occupied by exotic birds and wildlife. The area is also covered by crops like rubber, ginger, pepper and various spices.