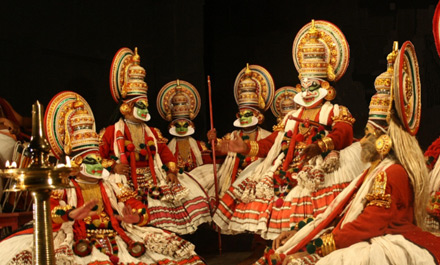 Kerala is a city with people of many diverse communities living together in harmony. Kerala also has among the highest literacy rates in kerala and an active classical dance and theatre tradition. This mixture of different communities and tradition of learning has led to Kerala’s offering many avenues for entertainment in Kerala Holiday Packages.

Theatre: Kerala has a strongly activist theatre tradition. Street plays and community theatre are popular in Kerala and have been used to further progressive causes such as the total literacy movement.

Cinema: Kerala makes both popular and art cinema. Both are screened at the numerous cinema halls in the state. Kerala’s popular film stars and playback singers often perform at live shows in Kerala and in cities abroad where the Malayali diaspora lives in significant numbers

Music: Many different forms of music can be heard in Kerala. From the Carnatic classical tradition to folk music of different communities, to popular film music of the present day.

Dance: Kerala’s home to two of India’s classical dance forms. Kathakali is characterized by its elaborate and colorful costume, make-up and headgear. Tales from the Hindu epics are depicted in Kathakali performances, which can last through the night. Mohiniattam or the dance of the celestial enchantress, is performed by women and is characterized by graceful movements and facial expressions while relating tales from the epics.

Trekking: The Western Ghats and hill ranges of Kerala offer many opportunities for nature walks, nature camps, trekking and mountaineering. Munnar is a popular center from where you can indulge in an adventure holiday in Kerala.

Amusement Parks: As Kerala modernizes it has also acquired modern entertainment venues. Amusement parks such as Veega Land, Dream world and Za-Lagoon are very popular with the young and the young at heart.