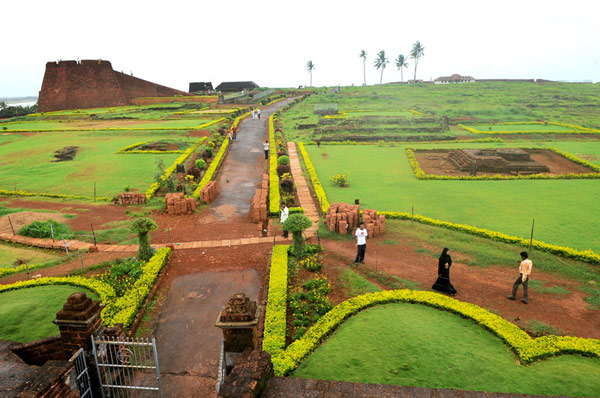 Kasaragod District is one of the northernmost district of Kerala, Kasaragod offers visitors a heady mix of culture, history and sandy beaches. A few miles into the interiors of this coastal town, the landscape changes completely and transforms into a series of rolling green hills dotted with paddy fields, red-tiled cottages, coconut palms and crystal-clear streams that flow into the sea.

The district draws a number of visitors looking to discover Yakshagana Bombeyatta (storytelling by puppets), Theyyam artwork, buffalo racing and cock fights. The Ranipuram Wildlife Sanctuary, Bekal Fort, Kappil Beach, Ananthapura Lake Temple and Pallikere Beach are other popular attractions. There are a number of resorts such as the Malabar Ocean Spa, Nalanda Resorts, Kanan Beach Resort, Vivanta by Taj Bekal and Oyster Opera Island Resort to stay at.

It is said that the Arabs came through Kasargode to Kerala in the AD 9th and 14th centuries. The Bekal fort is the most treasured monument in Kasaragod as it runs directly into the sea with bay towards the south.

The name is derived from a combination of two words, ‘kasaara’ which means lake in Sanskrit and Kroda which means a secured place for treasure. Kasargode essentially is enveloped by the Kaasaraka trees and the origin of the name can be also attributed to these trees. There are also other varieties of tress typical to the coastline grown here.

The landscape of Kasargode is characterized by the typical coconuts palms and streams which flow through the hills into the sea.

Kasargode is characterized by its rich culture and different manifestations of the same. It is particular famous for its Kambala (buffalo fight) and Cock fight in praise of the deities known as Theyyam worshipped here.

Christians, Hindus and Muslims stay here. Despite the district being known for its religious activities, the people living here are tolerant of other religions as well. Variety of languages like, Malayalam, Tulu, Kannada, Konkani and Tamil is spoken here.