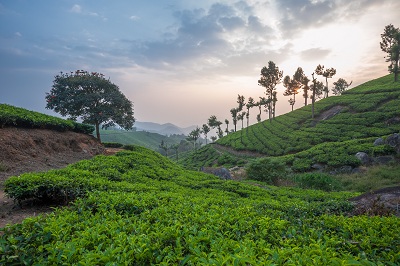 Idukki is an alluring retreat for tourists in God’s Own Country. Clad in dense green forest and crowned with verdant mountains, it boasts of Anamudi, the highest peak in India. Besides, it also takes pride in being the abode of the second largest arch dam in the world. Being a part of Chera Dynasty and being the home of many early European settlers, Idukki has grabbed a place in the history. It has been an important business hub for many ages as teak, rosewood, sandalwood, ivory and peacock etc are said to be exported from here to many far-off countries. Idukki bears testimony of a stone-age civilization, though many historians believe Paleolithic men inhabited here. Remnants of Menhir and Tombs belonging to stone-age were excavated in 1947-48 near Udumbanchola and Peermede.

Contrived as a district on 26 January 1972, the district of Idukki, second largest in Kerala, comprises of many important towns such as Munnar,Devikulam, Adimali, Udumbanchola, Thekkady, Murrikkaddy, Peermede and Thodapuzha. Idukki also bears rivers such as Thodupuzhayar, Periyar and Thalaya. It also beds thirteen peaks, other than Anamudi that have an altitude of above 2000 m.

Idukki can be called the Power House of Kerala as it caters to 66% of the state’s Hydroelectric Power consumption. The Idukki Arch Dam, Kulamavu Dam and Cheruthoni Dam are the three important dams in Idukki. A visit to these dams is worth-while as they are located in scenic backdrops. Moreover, a wind energy farm is found in Ramakkalmedu, an important hill station and a tourist hotspot of Idukki. An important irrigation project of Kerala, the Malankara Reservoir is a visitors’ favourite place for boating and fishing. Idukki has many attractions in store for its visitors.
Apart from the beautiful landscape, it contains numerous tea gardens and coffee plantations, serene springs and enchanting waterfalls and a handful of animal reserves and sanctuaries. The aroma of tea and coffee lingers in the air of Murrikkaddy, a well-known plantation in Idukki. Nedumkandam Hill is the land of spice as pepper and cardamom are cultivated here. The cascades of Cellar Kovil gesture a nod of welcome to visitors.

A famous tourist attraction in Idukki is the Mangala Devi Temple, which is seated at an elevation of 1337 meters above sea level. This temple is believed to have been built by the Vadakkumkoor Raja. The Annamala Temple is designed as per Chola style of architecture. At Karikkode, you can see the remains of an ancient fort and the Ninnar Mosque, which is considered to be built by the Vadakkumkoor Raja for his Muslim soldiers. There is an old church near Thodupuzha which is said to have established before the 13th century. Thekkady harbours the famed Periyar National Park.

The Thattekkad Bird Sanctuary or Salim Ali Bird Sanctuary is the niche of birds as well as many indigenous many reptiles and animals. You can see endangered birds such as peninsular bay owl, Malabar grey hornbill, rose-billed roller, crimson throated barber, crested serpent eagle, great Indian hornbill and fairy bluebird. If you love trekking expeditions, a visit to Kalvari Mount, Kulamavu, Palkulamedu and Nedumkandam Hill is a must for you. For those who love to frame nature in a four walled structure, do not miss a trip to Hill View Park, Thumpachi Calveri Samuchayam and Painavu.