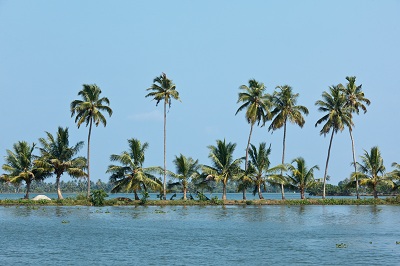 Alappuzha also known as Alleppey, is a town in Alappuzha District of Kerala state of southern India. The word Alappuzha is derived from two words, Ala and Puzha. According to Dr. Gundert the German Lexicographer, Ala means broad and Puzha is river. It is a Land Mark between the broad Arabian sea and a net work of rivers flowing into it. In the early first decade of the 20th Century the then Viceroy of the Indian Empire, Lord Curzon made a visit in the State to Alleppey now Alappuzha. Fascinated by the Scenic beauty of the place, in joy and amazement, he said, ‘Here nature has spent up on the land her richest bounties’. In his exhilaration, it is said, he exclaimed, Alleppey, the Venice of the East. Abundance of canals, Alappuzha is the gateway to the backwaters of Kerala.

Alleppey – is the hub of Kerala’s backwaters, home to a vast network of waterways and more than a thousand houseboats. Wandering around the small but chaotic city centre, with its modest grid of canals, you’d be hard-pressed to agree with the ‘Venice of the East’

Thus the sobriquet found its place in the world Tourism Map. The presence of a port and a pier, criss -cross roads and numerous bridges across them, a long and unbroken sea coast might have motivated him to make this comparison.

Alleppey is graceful and greenery-fringed, disappearing into a watery world of villages, punted canoes, toddy shops and, of course, houseboats. Float along and gaze over paddy fields of succulent green, curvaceous rice barges and village life along the banks. This is one of Kerala’s most mesmerisingly beautiful and relaxing experiences.