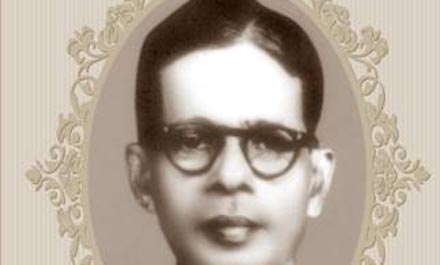 Sri P K Parameswaran Nair lived upto the ripe old age of eighty five,and during his long literary career, established himself as a biographer,critic,essayist and literary historian. His biographies on C V Raman Pillai and Sahithyapanchanana stand out as literary masterpieces in Malayalam and his definitive biography of mahatma Gandhi is a minor classic by itself. He has written on Voltaire,Napolean and a host of similar great personalities. His History of Malayalam Literature published by Kendra Sahithya Academy had been translated into almost all the major Indian languages besides English. He has to his credit several essays and critical studies collected together in about half a dozen volumes. He was a staunch Gandhian in word and deeds and has done yeoman service to propagate Gandhian ideals among the masses and was closely associated with the ‘Kerala Gandhi Smaraka Nidhi’ in its several activities particularly in the publication of the seven volume ‘Selected writings of Gandhiji’.