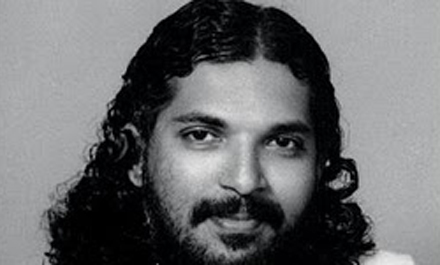 Nitya Chaitanya Yati (2 November 1923 – May 14, 1999) was an Indian philosopher, psychologist, author and poet. His writings explain how Advaita Vedanta dovetails with modern scientific discoveries.Nithya Chaithanya Yati was the third great teacher in the lineage of Narayana Guru.In 1951, he accepted Nataraja Guru as his spiritual preceptor and after the samadhi of Nataraja Guru died in 1973, he became the Guru of the Narayana Gurukula.He travelled throughout the world as a teacher, with a special flair for the meaning of the Bhagavad Gita and the Bible, and continued to welcome seekers of truth to his retreat at the Fernhill Gurukula, near Ooty, until his death in 1999.He established numerous gurukulas in India as well as two in the US, in Portland, Oregon and Bainbridge Island, Washington.

He established numerous gurukulas in India as well as two in the US, in Portland, Oregon and Bainbridge Island, Washington. He was the founder-chairperson of the East-West University of Brahmavidya, and also worked as the Commissioner for World Education and as a sponsor of the World Government of World Citizens.