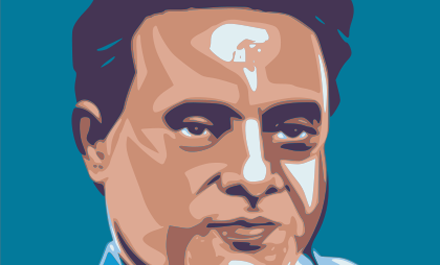 From the age of eighteen , Kumaran Asan became the disciple of Sree Narayana Guru. As per Guru’s advice, Kumaran joined sree chamarajendra sanskrit college, Banglore for higher studies in sanskrit. Later he joined at college at Culcutta where he was influenced by the literary works of Rabindranath Tagore. Tagore’s influence made Asan to compose famous poems : Karuna and Chandala bhikshuki , which depict epochs from the life of Gauthama Budha.

After returing from Bengal, Kumaran Asan stayed with Sri Narayana Guru at Aruvippuram. During his stay there, he composed two dramas Mrithyunjayam and Vichithravijayam. Later he worked with SNDP .

Works like Subramanya sathakam and Sankara sathakam, show Asan’s devotional outpourings. The crowning achievements of Kumaran Asan was his work ” Budha charitha ” in 5 volumes. This Mahakavya brought him the title Mahakavi (Great poet ). He was honoured and bestowed with golden bangle and meritorious certificate by British prince.

Asan fought for bringing social justice to economically backward and downtrodden people. His life was tragically cut short by a boat accident in january 1924. Mahakavi Kumaran Asan (1873–1924) was a great poet, philosopher and a social reformer of Kerala. He was born in Ezhava family at Kayikkara village of Kerala in April 1873.He was a great disciple of Sree Narayana Guru .