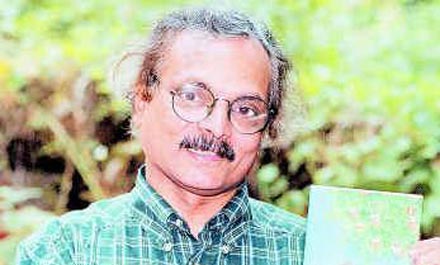 M. Mukundan is one of the pioneers of modernity in Malayalam literature.He was born in 1943 in the former French colony of Mahe.Mukundan is also known as Mayyazhiyude Kathakaaran (The story teller of Mayyazhi).Mukundan has published about twelve novels and ten collections of short stories.Mukundan served as the president of Kerala Sahitya Akademi from October 2006 until March 2010. He was honored with the Chevalier Des Arts Eet Des Lettres title by the Government of France in 1998.