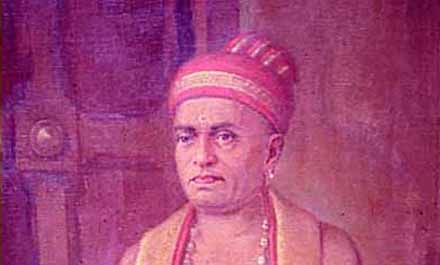 Irayimman Thampi (1782–1856) was one of the eminent musicians and composer of Swathi Thirunal Maharajas court.Thampi has composed 21 Sankeerthanas, five Malayalam Keerthanas, five Varnas, and 22 Padams ,a few attakatha songs and one lullaby Omanathinkal Kidavo .He has also created musical works in Sanskrit and Manipravalam.

Even during childhood Irayimman Thampi was a scholar in drama, grammer, logic , kaavya and alankara and was eminent in music and literature. However, his greatness in classical music reached its zenith during the reign of Swathi Thirunal.Their mutual encouragement had helped them in polishing their potentials .

The famous “Tharattu pattu” (cradle song) composed by Irayimman Thampi is hummed by mothers in Kerala for generations. This song was composed by the court poet for the sake of the ruling Queen Rani Gauri Lakshmi Bai, to put to sleep the newborn Swathi Thirunal Maharaja. The lyric of this song is so beautiful that it is a lullaby not only for the king, but for the entire human generation.Maharajah Swathi Thirunal Rama Varma is known to have referred to Ravi Varman Thampi as Thampi maman (uncle Thampi). He had the occasion to write a lullaby for Swathi Thirunal and ironically also wrote a charama sloka for Swathi in 1848.