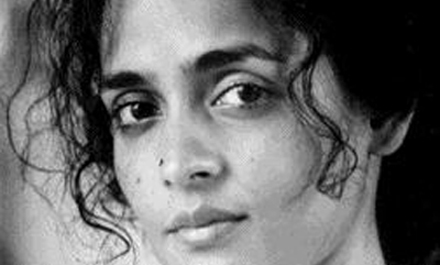 Arundhati Roy was born in 1961 in Bengal and grew up in Kerala.She left Kerala for Delhi at age 16. She got her degree in architecture from the Delhi School of Architecture, but became a screenwriter instead, writing scripts for movies and television in India.Since winning the Booker Prize, she has concentrated in social campaigns and advocacy of non-violence and economic equality.She took part in fighting against Narmada Dam project, India’s Nuclear Weapon policy, corrupt MNC activities in India.She donated her Booker prize money to the dam campaign.For her work as an activist , she received the Cultural Freedom Prize awarded by the Lannan Foundation in 2002.