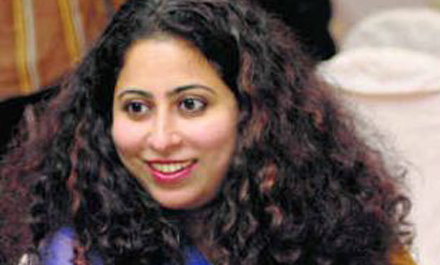 Anita Nair is a popular Indian English-language writer. She was born at Mundakottakurissi, near Shornur in Kerala State. A bestselling author of fiction and poetry, her novels The Better Man and Ladies Coupe have been translated in to 21 languages. She was educated in Chennai (Madras) before returning to Kerala, where she gained a BA in English Language and Literature. She was working as the creative director of an advertising agency in Bangalore when she wrote her first book, a collection of short stories called Satyr of the Subway, which she sold to Har-Anand Press. The book won her a fellowship from the Virginia Center for Creative Arts. Her second book was published by Penguin India, and was the first book by an Indian author to be published by Picador USA. Her books have been published in several languages around the world. She lives in Bangalore. Among Nair’s early commercial works were pieces she penned in the late 90’s for The Bangalore Monthly magazine (now called “080” Magazine), published by Explocity in a column titled ‘The Economical Epicurean’.

Thereafter followed her novel The Better Man (2000) which also has been published in Europe and the United States. In 2002 appeared the collection of poems Malabar Mind, and in 2003 Where the Rain is Born – Writings about Kerala which she has edited. Anita Nair’s second novel Ladies Coupé from 2001, has turned out to be an even greater success than the first both among critics and readers in so far 15 countries outside India: from USA to Turkey, from Poland to Portugal. In 2002 it was elected as one of the five best in India. The novel is about women’s conditions in a male dominated society, told with great insight, solidarity and humor. Ladies Coupe (2001) was rated as one of 2002’s top five books of the year and was translated into more than twenty-five languages around the world.

She has also written The Puffin Book of Myths and Legends (2004), a children’s book on myths and legends. Anita has also edited where the Rain is Born (2003). Anita’s writings about Kerala and her poetry have been included in The Poetry India Collection and a British Council Poetry Workshop Anthology. She has also written a few other books, such as Mistress (2003), Adventures of Nonu, the Skating Squirrel (2006), Living Next Door to Alise (2007) and Magical Indian Myths (2008). Her works also include many travelogues. With the play Nine Faces of Being, best-selling author Anita Nair has become a playwright. The story, is adapted from Nair’s book Mistress.