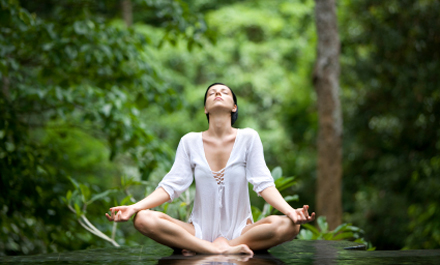 The Sanskrit word “yoga” actually means “union with the divine”. The stretching exercises that we in the west associate with yoga were originally designed, thousands of years ago, to help the practitioner gain control of their own life force, a spiritual energy known as kundalini. When this energy rises from the base of the spine up through the top of the head, an expanded state of awareness, called self-realization, can be achieved.

With practice, a self-realized person can feel not only his or her own kundalini as it moves between the 7 primary energy centers (chakras) of their body, they will also be able to experience “collective consciousness” — an advanced awareness in which they can feel the spiritual energy of anyone they put their attention on.