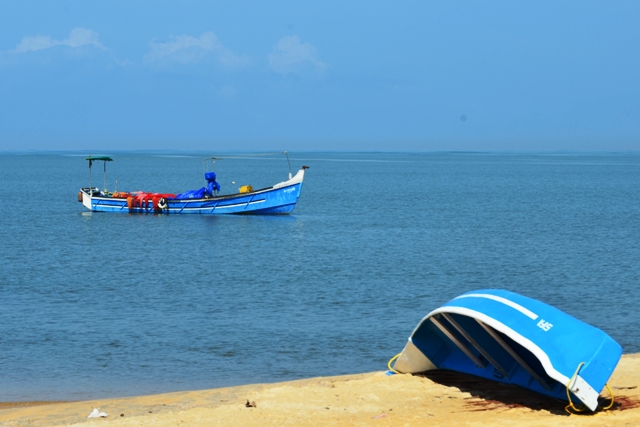 Kappad often known as the gateway to the Malabar coast. Here, 501 years ago, 170 men led by the Portuguese navigator Vasco da Gama (1460-1524) sailed in and stepped into Kerala to create a new chapter in history. The spices and wealth of Malabar brought the Arabs, the Phoenicans, the Greeks, the Romans, the Portuguese, the Dutch and the English to Kerala. Kappad has witnessed so many such landings.

Kozhikode was the most important trade centre of the region and the Zamorins who ruled it were powerful and shrewd. Though the Portuguese were welcomed here they were not too well encouraged or entertained for long by the Zamorins. This could be one reason why they shifted base to Kochi and Kollam. Only a little stone monument marks this historic place. There is an 800 year old temple on this rock.

Kappad Beach is located at Kappad, about 18 Km
from Kozhikode (Calicut). The beach is very calm with a stretch of rocks
projecting into the sea. This beach is locally known as Kappakadavu. Kappad is probably the
cleanest in the coastal part of Kerala.

The
inviting Kappad beach with its fascinating rock formations on either
side is perfect for the beach-lovers’ every impulse. Minus jarring
banners and neon lit signs beckoning visitors or the usual cacophony of
hawkers and the multitude of visitors, jostling for a bit of space,
Kappad is thankfully laidback and undisturbed.