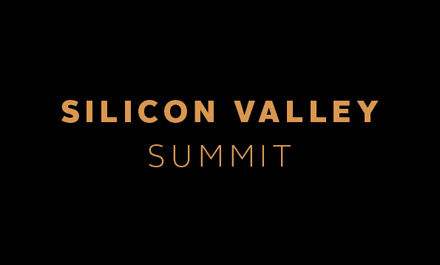 The Lack of Diversity in the Technology Industry

Civil rights leader Jesse Jackson spent most of this year pressuring the technology industry to face the problem of the glaring scarcity of women, blacks and Latinos at companies renowned as great places to work.

Now comes Diversity 2.0 to find ways to reverse a deep-rooted problem that isn’t going to be as easy to fix as writing new lines of code for a computer bug.

Some of the potential solutions were explored at a Silicon Valley summit organised by Mr. Jackson and his group, Rainbow Push.

Representatives from Google, Apple, Facebook and more than other 20 other tech companies were on hand to elaborate on their plans to diversify their workforces. They would also hear from entrepreneurs, academics and non-profit groups that have been trying to overcome the cultural and educational challenges that turned computer programming into an occupation dominated by white and Asian men.

“It definitely feels like we are entering a new phase,” says Laura Weidman Powers, CEO of Code2040, a San Francisco non-profit that has been lining up technology internships for black and Latino college students for the past three summers. “When we first started, diversity just wasn’t on the list of these large companies that have power and potential to make change. Now, it really feels like it is. They may not know exactly what to do yet, but they are interested in taking steps in the right direction.”

The summit marks the first time for many tech companies to publicly address their lack of diversity since they acknowledged the problem earlier this year in contrite blog posts.

With a few notable exceptions like Intel Corp. and Hewlett-Packard Co., most major technology employers had long resisted requests to release the employment data that they regularly file with federal labour regulators. Google Inc. finally relented to Mr. Jackson’s demands in May, triggering a domino effect across the industry.

Mr. Jackson, 73, says he intends to hold the companies accountable for promises to make their workforces look more like the overall population. He met with Microsoft CEO Satya Nadella last week and had what he described as a “positive and productive dialogue” on December 8 with Apple CEO Tim Cook.

“Many of these companies had an unfounded fear that we wanted to disrupt them,” Mr. Jackson says. “We came not to disrupt, but to build. Inclusion will lead to growth.”

Silicon Valley, a place that prides itself on progressive thinking and meritocratic policies, has a lot of ground to make up. For instance, only 2 per cent of the U.S. workers at Google and Facebook are black and the number of Hispanics is below 5 per cent at both companies. Cutting across the U.S. in all industries, 12 per cent of the workforce is black and 14 per cent is Hispanic. Meanwhile, less than one-third of the workforce at most major technology companies, including Google, Apple and Facebook, comprise women.

Diversifying the tech companies “is going to be a multi-decade process,” said Gary May, the engineering dean at Georgia Tech University, which has a long track record for training minority students in technical fields. “But this isn’t rocket science. It’s going to be about how serious we are going to be about trying to fix this. We are going to have to put some resources and time into it.”

Google already has underscored its commitment to bringing more women into the technology industry by pouring $50 million into a programme called “Made With Code” during the next three years and partnering with nonprofits such as Girls Who Code, which has been running summer educational programs for girls since 2012.

Liliana Monge, who runs a Los Angeles computer coding camp called Sabia.la for women and minorities, likens the technology industry’s reckoning with its diversity issue to what happens after a habitual drinker finally starts to attend Alcoholics Anonymous meetings.

“First you have to understand you have a problem,” Ms. Monge says. “Now, we are entering the second phase where (the companies) have to take the next steps to change.”