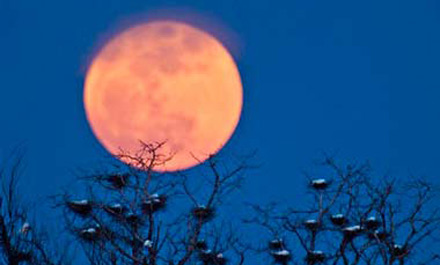 Supermoon 2014: All you need to know about this Sunday’s supermoon

Closer to the earth than it has been in over twenty years, stargazers will see a moon 14 per cent bigger and 30 per cent brighter than usual.

So as astrologists get ready for what will be a once-in-a- lifetime phenomenon, we give you everything you need to know about this weekend’s supermoon.

What is a supermoon?

The scientific name for a “supermoon” is a perigee moon, perigee meaning “closest point to earth”. It refers to the phenomenon when the moon is in its “full moon” stage, and at its closest point to earth during its yearly orbit. With the moon being closer, it appears far bigger and far brighter. Estimates believe that this Sunday’s supermoon will appear over 14 per cent bigger and 30 per cent brighter to stargazers below.

When do they happen?

The supermoon on Sunday will be the second in a trio of supermoons this summer, with one having happened on 12 July and the next one due to appear on 9 September. To have three in such close proximity is very rare and it is not expected that this will happen again until 2034. In general, supermoons occur on average every 13 months.

Why is the supermoon on Sunday so special?

According to astronomers, Sunday will see the moon closer to earth than it has been in the last 20 years. For just 26 minutes at around 6.10pm, the moon will reach its full perigee stage, taking it to within 221,765 miles of earth.

Sunday’s supermoon will also coincide with the Perseid meteor shower, a yearly occurrence that will see more than 100 meteors appear in our skies over the weekend.

Will the supermoon affect the tides?

With the moon being so close to the earth it will have an impact on Britain’s coast. Spring tides are expected and this will see those that live on the coast experiencing higher tides than normal for this time of year.

Nevertheless, it is not believed that these will lead to any flooding in Britain, as storms and bad weather are needed to accompany the rising tides to cause any significant tidal damage. With this weekend’s weather forecast predicting only showers, those that live near the coast should be fine.

Where is the best place to see the supermoon?

If you want the best view of Sunday’s supermoon, you should head to northern Scotland. According to scientists, this is where the moon will appear lowest on the horizon in Britain, giving budding astronomers great views of the phenomena.