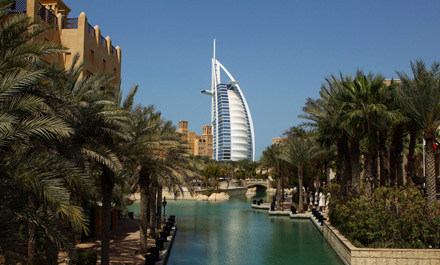 Now You Can Virtually Wander the Streets of Dubai

The first Arab metropolis to get Google Maps ‘Street View’

Google added ‘Street View’ to its map of Dubai on Monday, marking the feature’s first foray into an Arab country.

Virtual visitors can tour the city’s most notable landmarks, including the “dancing fountains” outside of the Dubai Mall and the world’s tallest tower, the Burj Khalifa, which can be viewed both from the ground floor and the observation deck 124 floors above the city.

“We hope that you’ll be inspired to explore its wonders in person,” the Google Maps team wrote in an announcement on the official blog, “but until then, they’re just a click away.”