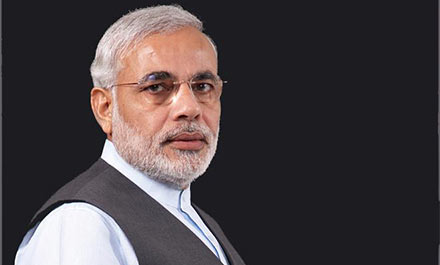 Prime Minister, Narendra Modi, on Saturday called on global investors to look at opportunities in the defence manufacturing and shipbuilding sectors, as part of the country’s make in India initiate.

Speaking at the inauguration of General Electric’s multi modal facility at Chakhan in Pune, Maharashtra, Modi said companies like GE should look at shipbuilding in India to take advantage of the country’s vast coastline.

Railways, is another sector, where India should become self sufficient through technological upgradation, said Modi. Following the recent revisions to GDP data, which showed economic growth at 7.4%, India has become one of the fastest growing economies in the world.

“We assure global investors that India’s manufacturing will be globally competitive,” said Modi, citing India’s mars orbiter mission which was completed at a cost less than what an average Hollywood costs, he said.

GE, which started working on the Chakan facility in 2012, will use it to service four different businesses, including aviation, oil & gas and rail.

A second phase of the facility is being planned, said John Rice, vice chairman of GE, which would manufacture new generation aviation engines, components and machining and sub Assembly for GE’s rail locomotive and diesel engines. Investment in the first phase of the chakan facility was at $120 million.

Investment in the second phase will be $60-70 millkon , said Banmali Agrawala, president and CEO, South East Asia for GE.