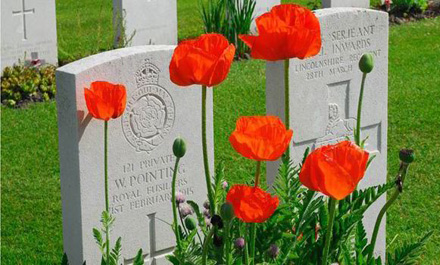 First world war a century on, time to hail the peacemakers

If we were still naming wars as colourfully as they used to – the War of the Spanish Succession, the War of Jenkins’ Ear – we should call the one that began 100 years ago today the War of Unintended Consequences.

No one, certainly, intended to create what Winston Churchill would later call a “crippled, broken world”. Austria-Hungary, which declared war on 28 July 1914, merely wanted to dismember Serbia, where irredentists were stirring up ethnic Serbs in Austrian territory.

Russia, which backed Serbia, wanted to come to the aid of fellow Eastern Orthodox Slavs, and to undo the racial humiliation of losing a war to Japan a decade earlier. Once the fatal tangle of alliances had drawn more countries into the conflict, each one claimed that it was only defending itself against a conspiracy of its enemies. Granted, desire for territory lay beneath the surface – France dreamed of recapturing the lost Alsace-Lorraine, for example, and Germany of establishing its primacy over the tottering tsarist empire in eastern Europe – but these ambitions, too, were limited, not world-changing.

Look, however, at what the war wrought. More than nine million troops were killed, and, depending on how you count them, as many as 10 million civilians. In Turkey, Russia, the Balkans and elsewhere, unprecedented millions of people became homeless refugees. Some 21 million soldiers were wounded. In Britain, 41,000 men had one or more limbs amputated; in France, so many had mangled faces that they formed a National Union of Disfigured Men. The toll was particularly appalling among the young. Of every 20 British men between 18 and 32 in 1914, three were killed and six wounded. Surely many a family shared the feelings of a despairing couple who engraved on their son’s tombstone at Gallipoli: “What harm did he do Thee, O Lord?”

Beyond the carnage, the war changed our world for the worse in almost every possible way. Without the vast slaughter, misery and upheaval of the war, would the most extreme group of revolutionaries still have come to power in Russia? And in Germany, the war left a toxic legacy of resentment that Hitler would brilliantly manipulate to win power. Already by 1918, rightwing Germans were blaming the country’s military setbacks on the Jews. It is impossible to imagine the second world war without the first.

We will be asked to do a lot of commemorating over these next four and a half years, but whom and what should we commemorate, and in what spirit? Today most people would surely agree that the war of 1914-1918 was not fought for the lofty motives that each side claimed, and that we all would be better off if it had not been fought at all. Before he died, Harry Patch, the last surviving British veteran of the war, said it best: “It was not worth even one life.” Yet all the traditional ways we remember wars make little space for this feeling.

Think, for example, of the hundreds of cemeteries that spread across the old Western Front, the densest collection of young men’s graves in the world. All are immaculately maintained by the Commonwealth War Graves Commission and its counterparts from other countries. One of the most beautiful is on a hillside outside the French town of Albert and holds the remains of some 160 British soldiers, almost all killed on the first day of the Battle of the Somme – a particularly senseless battle in a particularly senseless war. Among the comments in the visitors’ book one recent summer day were: “Paid our respects to three of our townsfolk,” “Thanks, lads,” and “Sleep on, boys.” Only a single visitor, out of hundreds, struck a different note: “Never again.” Of course we should remember the dead, especially those whose lives were tragically cut short in their youth. But there is a vast difference between honouring the memory of a family member and honouring the cause for which he died.

Harry Patch, the last surviving British veteran of the war, said it best: ‘It was not worth even one life.’

The customary ways of looking back on war too easily allow us to confuse the two: military cemeteries with the gravestones in ranks like soldiers on parade, parades themselves, statues (which are almost invariably of generals), and war museums and their exhibits of tanks, planes, machine guns, artillery pieces and other technology for meting out death. Let us remember the dead, yes, in these years ahead, but let us also remember the men and women who recognised the war for the madness it was and did all they could to stop it. In Germany, radicals like Rosa Luxemburg and Karl Liebknecht were jailed for their opposition, as was the American socialist leader Eugene V Debs – who was still in prison in 1920 when he received nearly a million votes for president. The pioneer social worker Jane Addams helped organise a conference in neutral Holland in 1915 that brought together women from warring countries on both sides. The great French political leader Jean Jaurès spoke out boldly and repeatedly against the war he saw coming, and, because of this, was assassinated in a Paris cafe several days before it began.

No country should be more proud of its anti-war activists from that era than Britain. More than 20,000 British men of military age refused conscription, and, usually because they also refused the alternative work offered conscientious objectors – which could be in a munitions factory – more than 6,000 went to prison for their beliefs. Behind bars also for their opposition to the war were Britain’s leading investigative journalist, Edmund Dene Morel, and its greatest philosopher, Bertrand Russell.

Why is there no blue plaque outside Pentonville prison, where Morel served six months at hard labour, honouring the other war resisters locked up there as well? Every leading country in north America and Europe has spruced up its war museums for these anniversary years, but why are there so few museums about those who fought for peace?

Russell wrote eloquently about his own conflicted feelings, describing himself as being “tortured by patriotism … Love of England is very nearly the strongest emotion I possess, and in appearing to set it aside at such a moment, I was making a very difficult renunciation.” Yet he never ceased to believe that “this war is trivial, for all its vastness. No great principle is at stake, no great human purpose is involved on either side … The English and French say they are fighting in defence of democracy, but they do not wish their words to be heard in Petrograd or Calcutta”.

In 1916 the intrepid human rights campaigner Emily Hobhouse travelled to France, then to neutral Switzerland, and from there to Berlin, where she went to call on the German foreign minister, whom she had known before the war. With him she discussed possible peace terms, and brought back some ideas on this score in which she tried to interest the British government. Although her lone-wolf mission did help spur an exchange of civilian internees, British officials were swift to dismiss her as a subversive eccentric. Yet in this entire cataclysm that so darkened the face of a continent, she was the sole human being who travelled from one side to the other and back again in an effort to end it. People like her deserve monuments as great as those for any general.