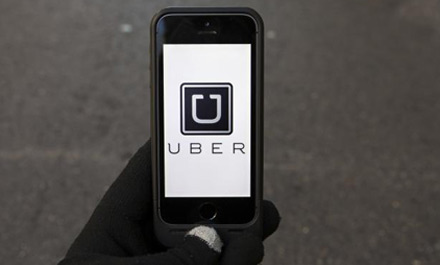 Uber may have just raised a fresh $1.2 billion this month, but the company looks set to welcome a new investor, Chinese Internet giant Baidu, which is reportedly set to invest as much as $600 million into the U.S. firm.

A Baidu spokesperson said that the company has arranged a press conference for next week when it will announce “an investment in and strategic cooperation deal with a prominent US-based startup.” A source inside the company told to a Media Agency that a deal is expected to be announced next Wednesday.

Bloomberg reports that the investment could be as much as $600 million, although we haven’t been able to confirm that figure at this point.

This update comes less than a week after Didi Dache, one of China’s top taxi-hailing apps, raised $700 million to develop its business in China. Didi Dache and rival Kuaidi Dache dominate the Chinese market, and notably they both include high-profile Chinese investors in the shape of Tencent and Alibaba, respectively.

That makes Baidu’s entry into the taxi space hugely interesting. The three companies are so dominant in China’s Internet that BAT — Baidu-Alibaba-Tencent — is a popular acronym to describe their position as giants.

If Baidu does put money into Uber, it will be a significant expansion of its international portfolio of products and investments. Baidu has focused on emerging markets, including Southeast Asia, Egypt and Brazil, where it recently acquired e-commerce site Peixe Urbano. These are also some of the same markets Uber has entered as it focuses on global domination, and Baidu could be a potentially valuable distribution partner.

In China, Baidu can offer Uber a treasure trove of data from its various products, which include mobile search, mobile maps and 91Wireless, one of China’s top mobile app stores, which it bought for $1.9 billion last year. Like Uber’s (in)famous God View, data collected from Baidu’s map app, which reaches more than 200 million active users, has allowed the company to see trends in travel in cities or during certain events. For example, earlier this year it released a heat map of most popular routes during Chinese New Year.

In addition to helping it compete with Kuadi Dache and Didi Dache, a partnership with one of China’s largest Internet companies may also help Uber deal with regulatory hurdles in China’s biggest cities. For example, Beijing and Shanghai have both issued rulings that allow taxi drivers to use only one taxi-calling app on their smartphones at a time.

It’s still unclear exactly how these regulations will impact the growth of taxi-calling apps in China, but Baidu’s experience dealing with the government in areas ranging from censorship to e-payments will no doubt come in handy.