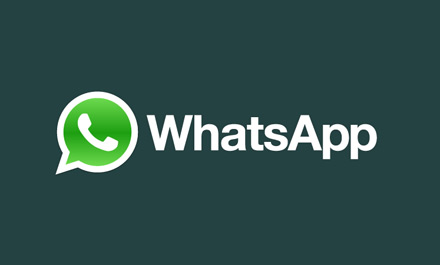 WhatsApp is set to add voice calls to its app for the first time in a bid to take on Skype and other messaging firms.

The move is expected to open up major new markets for the firm Facebook bought for $19bn.

It will allow users of the app to make voice calls to contacts in the same way they would send a message.

It is expected the feature will work exactly like text or picture messages.

Users will be able to use either their handset or a bluetooth headset to make calls.

A phone-like page will show calls made an received.

Earlier this month the firm, the firm updated its app to make it harder to avoid WhatsApp messages, or at least claim that you haven’t seen them.

The Facebook-owned app will display two blue ticks in the bottom right-hand corner of an individual message to show that it has been read.

And clicking on the message will show you the precise time the recipient opened and read it.

To learn more about Voice Message and how it works, take a look at this video:

WhatsApp Messenger is an instant messaging app for smartphones that operates under a subscription business model. The proprietary, cross-platform app enables users of select feature phones to use the Internet to transmit communication. In addition to text messaging, WhatsApp can be used to send images, video, and audio media messages. Locations can also be shared through the use of integrated mapping features. WhatsApp Inc. was founded in 2009 by Brian Acton and Jan Koum, both former employees of Yahoo!. The company is based in Mountain View, California and employs 55 people. It is in the process of takeover after Facebook announced its acquisition of WhatsApp Inc. on February 19, 2014, for US$19 billion

More information about the features can be found on WhatsApp’s FAQ page.

Now, when a message has been sent, delivered and read, the double grey tick turns blue.

In a group chat, the second ticks appear when all participants in the group have received the message.

The two blue ticks only appear when all participants in the group have read the post.

To see what time the messages were read users can now press and hold down on a particular post.

Selecting the Message Info option reveals the time the message was read, and in the case of group messages, what time each member read it.

WhatsApp has rolled out the changes to all variations of its app, across iOS, Android, Windows Phone, Nokia S40, Nokia S60 and BlackBerry 10.

Users need to update the app on their devices to see the changes.

In an official blog post, WhatsApp tried to reassure users who may be concerned about why a person hadn’t received or read their messages.

‘If you only see a single check mark next to your message, there is likely nothing wrong with WhatsApp or your phone,’ explained the developers.

‘There may be several reasons why your message has been sent, but not delivered to your chat partner such as their phone might be off, they could be sleeping, especially if they live in a different time zone, they might be experiencing network connection issues or they might have seen the notification on their screen, but did not launch the app – especially common if the recipient uses an iPhone.’

It is not currently possible to opt out of this feature.

WhatsApp is owned by Facebook, which has a similar feature on its Messenger app. When a message is opened and read, a tick appears in the message list and the time it was read appears in the bottom right-hand corner of the post.

Apple’s iMessages also use this feature.