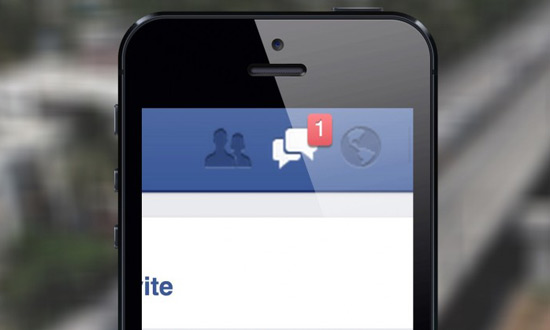 UCWeb, which makes the world’s largest third-party mobile browser by pageviews, has partnered with Facebook in India so users there can get the social network’s notifications directly in UCBrowser.

Alibaba-owned UCWeb says this is the first time that Facebook has worked with a mobile browser maker to enable push notifications outside of Facebook’s app without having to install a new add-on. Once users turn on the feature, they will receive notifications from Facebook through UC Browser even when it is closed.

The partnership represents Facebook’s continuing push into India, which is set to overtake U.S. as its largest market in terms of active users. Signing up with UCWeb can help Facebook attract more people in India because UCBrowser currently holds the top spot in terms of market share, with a 41.23 percent slice of the Indian market. India is also UCWeb’s second headquarter outside of China.

Facebook’s partnership with UC Web can potentially help it grow its active user base in India by allowing people to stay connected to the social network even if they don’t download its app on their smartphones. Data plans there are relatively expensive and a report by market research firm Jana found that 76 percent of respondents decide whether or not to download an app based on its size, which means many users may be reluctant to download Facebook’s native apps even though it has cut the amount of data that its Android version uses.

In the past, Facebook has sought to become more accessible to users in India by partnering with telcos like Bharti Airtel to offer free access to Facebook from their phones, as well as launching 0.Facebook.com (Facebook Zero), a text-only version of its site available through certain mobile carriers. Facebook has also introduced features tailored for India, including free voice calls.

In addition, the company’s CEO, Mark Zuckerberg, launched Internet.org in India last October. A project co-founded by Facebook, Ericsson, MediaTek, Nokia, Opera, Qualcomm, and Samsung, Internet.org seeks to bring affordable Internet to people in emerging markets (with the hope that they will someday become users of the companies’ products).