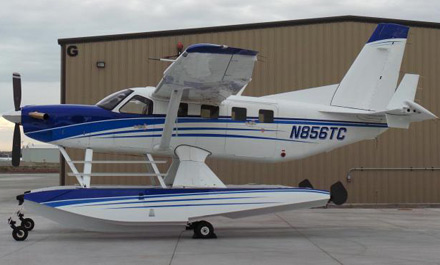 The seaplane service, which went into hibernation after the inaugural flight three months ago, is all set to be revived with one of the operators getting ready to launch flights to Lakshadweep.

Seabird Seaplane Private Limited, a Kochi-based company, will operate a 9-seater seaplane from Kochi international airport to Lakshadweep soon. Flights will be operated in the Kochi-Bekal as well as Kochi-Gokarna (Karnataka) routes, according to initial plans.

The first flight would take off in March 2014, a top official of the company told The Hindu. Promoted by a group of hoteliers and aviation professionals, the company, Seabird Seaplane Private Limited, has received permission from Director General of Civil Aviation, New Delhi, to operate non-scheduled air transport services.

The company has ordered a ‘Quest Kodiak 100 Amphibian aircraft’ from the U.S., which can accommodate 9 passengers. “It has received all regulatory approvals,” the official said.

“Seabird intends to concentrate on the commuter and leisure markets in North Kerala and its neighbouring States. It will avoid short duration flights as it does not meet the operational efficiency requirements. The aircraft can carry up to 9 passengers flying at over 300 km per hour,” he said.

The operator intends to connect airports in South India such as Kochi, Bangalore and Chennai. The flights could be operated to any resort with a water body access, according to the company. The seaplane could be chartered at Rs.50,000 per hour. It could be hired for carrying patients on emergency medical services or for relief operations during natural calamities.

The operator has opted to skirt water bodies in Kerala such as Vembanad and Ashtamudi where fishermen have raised objection, fearing that the operations would affect their livelihood.