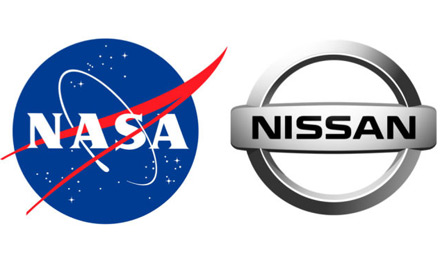 NASA and Nissan to work together on self-driving technology

Nissan and NASA are teaming up to develop autonomous vehicles that will take us across town—or across Mars.

The automaker and the space agency announced a five-year partnership today that will see their engineers working together to develop the robo-cars of tomorrow. The R&D effort, much of which will occur in Silicon Valley, could yield technology that will be put to use in passenger vehicles here on Earth and rovers on distant planets.

“This is a perfect blend of the capability of what the robotics folks at NASA Ames have and the autonomy that we bring,” says Maarten Sierhuis, the director of Nissan’s Silicon Valley research center, who also spent ten years as a NASA senior scientist. “The timing is right because we are ready to start testing” the ability to autonomously navigate city streets, which the automaker has pledged to have in cars on the market by 2020, and NASA can help it do that.

Those rovers roaming the Red Planet may not be entirely autonomous, but they have a lot to teach Nissan. NASA’s proven its ability to remotely operate vehicles millions of miles from Earth, a feat that requires superlative levels of engineering. NASA has a lot to teach automakers about building remarkably durable and reliable systems, and about the interaction between man and machine, says Nissan CEO Carlos Ghosn.

“When we talk about autonomous drive, we’re transforming the relationship between the driver and the car from a master to slave, to a kind of partner,” he says. It’s a fundamental change that drivers must get used to, and a good human machine interface will be key to making that happen.

Nissan has a lot to teach NASA about autonomous vehicles. The automaker already is testing cars that can navigate urban environments on their own. This is one of the toughest challenges facing autonomous vehicles, because cities contain countless variables like pedestrians, cyclists, double-parked trucks, construction and so much more. Developing a system smart enough, and fast enough, to adapt to so chaotic an environment is a Herculean task.

Wandering the surface of a hostile planet, where there may be rocks, sand and other obstacles, is no less challenging, and NASA can piggyback on the work Nissan’s already doing in autonomous navigation. “The more we look at it, the more there are a lot of similarities there,” says Pete Worden, director of the Ames Research Center. “We have a rover on Mars. It is not very autonomous. As we go deeper into space, into more and more dangerous locations, we need to add that autonomy.”

The newly minted partners are starting their work in the digital world. Step one is to extend the maps Nissan uses in its autonomous driving simulator, which now cover the immediate area around its research center, to include the Ames campus. Then plan to have an actual car on the road by the end of 2015, which will help Nissan hit its goal of proving its technology and getting it into production in the next five years.

“We gain time, we gain knowledge, we gain expertise,” Ghosn says. “That’s what the whole thing is about…moving as fast as we can.”