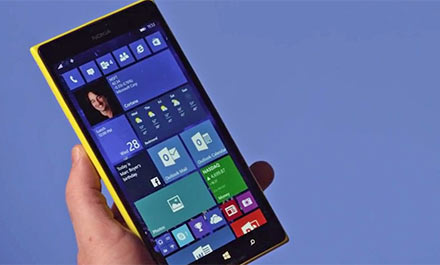 Microsoft is making available to testers the first public preview of Windows 10 mobile, a version of the Windows 10 operating system ultimately designed to run on ARM-based Windows phones and ARM- and Intel-based small tablets and phablets.

The preview bits for certain Windows phones are available for download by those who have signed up to be Windows Insider testers. The release of the Windows 10 mobile preview follows by just over a week the release of the first public preview of touch-first Office for Windows 10 desktop users.

This first preview is available for installation only on certain Windows Phone devices, specifically Lumia 630, 635, 636, 638, 730 and 830 devices, according to Microsoft officials.

Microsoft officials promised at the end of January that the company would deliver the Windows 10 mobile preview in February, but wouldn’t provide an exact target date. Those officials showed a glimpse of some of the capabilities that would be part of Windows 10 mobile — beyond what would be in the first public preview — during Microsoft’s Windows 10 event in Redmond, Wash., on January 21.

Officials said not to expect the new, lighter-weight Microsoft browser, code-named Spartan, to be part of the first public preview of Windows 10 mobile, though they briefly showed it off to those who attended the January 21 event. Microsoft plans to add Spartan, which will be the default browser for Windows 10 desktop and mobile, to the preview bits sometime in the coming months.

Microsoft execs also said to expect the company to build into the Windows 10 mobile version enhanced Cortana functionality, as well as updated and free versions of a number of its mobile applications, including Outlook, Calendar, Photos and Maps. (The updated Outlook for Windows Phone will look like the new Outlook apps for iOS and Android — which are so far little more than Acompli email clients for those platforms.)

There will be new touch-first Office apps for Windows phones running Windows 10 mobile, including Word, Excel and PowerPoint, plus an updated version of OneNote. Those applications will be bundled for free with Windows phones and small Windows tablets running the Windows 10 mobile variant, and available for download on other versions of Windows 10, Microsoft officials have said.

Skype/SMS will be integrated directly into Windows 10 mobile (and desktop) as well, Microsoft officials have said.

Features that are included in today’s first preview, according to a Microsoft blog post:

For those wondering, Microsoft also is planning to deliver an updated version of Windows 10 for desktop/laptop/tablet devices in February, but officials haven’t provided a date.