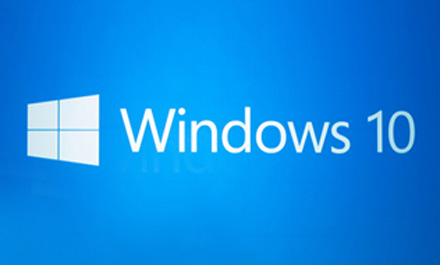 Microsoft Corp. wants to give back to customers the Windows they loved.

The company on Tuesday offered the first public peek at the next version of its flagship operating system, acknowledging that the current version veered off course and pledging to give users a voice in the development of its most famous product.

The new version will be called “Windows 10,” skipping a number in the company’s established product-naming convention. The current version, released two years ago, is called Windows 8. Executives implied the new name symbolized a major advance.

At a press event in San Francisco, Microsoft showed preliminary new features including ways to switch more easily from one computing task to another, or work in multiple applications—such as email, Web browser and Excel spreadsheet—simultaneously on one screen. The Windows “Start” menu also is getting a makeover, making it possible to search for and select desktop programs, small apps, and websites in one spot.

Microsoft executives said Windows 10 would launch sometime after next spring, but they declined to discuss other details, including timing and pricing.

Held in a ground-floor loft space in an uncharacteristically gritty neighborhood, the Windows 10 preview was as close as Microsoft has come to acknowledging mistakes in the design of Windows 8. Windows executives said they realized they needed to reshape the most recent version, particularly for work settings. Some corporate-technology buyers and desk jockeys found Windows 8 too hard to use. The software, refashioned for the first time to work with tablets and other touch-screen devices, was a dramatic departure from prior versions and many companies have stuck with older and more familiar software.

Windows 10 de-emphasizes a screen of smartphone-like apps introduced with Windows 8 and pitched as a modern complement to the traditional Windows desktop mode. Some users found moving between modes confusing. The new version attempts to meld what had been two distinct ways of using a computer or tablet.

Windows 10 will replace two other distinct Windows operating systems, one for smartphones and another for a type of tablet based on the computer-chip design family used in iPads. It will serve as the operating software for Windows-powered devices from tiny sensors to massive conference-room video screens.

Terry Myerson, the Microsoft executive who heads the Windows business, characterized Windows 10 as a work in progress that would be shaped in part by feedback from corporate-technology buyers and other devoted Windows users. Executives said they expected millions of people, starting Wednesday, to download an early version of the software, and Microsoft will solicit feedback from those users. In essence, Windows 10 could prove to be the largest crowdsourcing project in history for software that runs nine out of 10 computers sold world-wide.

“We’ve never done this before,” Mr. Myerson said. “Together with the feedback you’ll provide us, we believe we can build a product that all of us will love.”

Microsoft said it is giving the public a look at the next Windows unusually early in the software’s development cycle in large part to give corporate-technology buyers enough time to provide meaningful input.