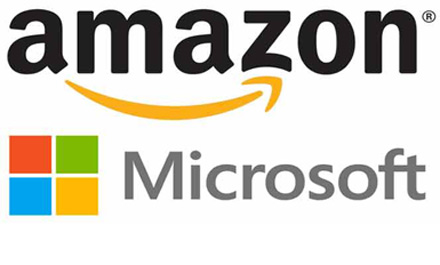 Microsoft today launched its official online store on Amazon India. The store on the e-commerce site will essentially sell the Xbox console, and Windows Phone and tablets among others.

Up until now, there were many dealers selling these products online and offline, but there was no official online marketplace in India selling these devices. Now, Microsoft has created a dedicated page on Amazon India to enable official listing of products. Merchandise available on the Microsoft Brand Store will include the full range of Microsoft products across Lumia and Nokia mobile devices, Windows phones and tablets, Xbox One and Xbox 360 consoles, games and accessories, packaged software products like Windows and Office and accessories such as wireless keyboard, wireless mice and web cameras.

“We see tremendous opportunity in delivering Microsoft products especially the Xbox and our Lumia phones to the natively digital customers. The Microsoft Brand store on Amazon.in will help us to reach more such customers and offer them some of the best deals on our products,” Ram Narayan Iyer, Group Director – Retail, Sales and Marketing, Microsoft India said.

The store is just fresh out of the oven, so you will find some products missing. However, with time, the store will enlist all of Microsoft products. Microsoft has also announced some introductory store offers including  the Xbox One Assassin’s Creed Kinect Bundle , which includes three free games (Assassin’s Creed Unity, Assassin’s Creed Black Flag and Dance Central Spotlight), and an additional Wireless Controller.

The Xbox One FIFA 15 bundle is available at a discount of Rs 5,000, with an additional free Wireless Controller. Also, the Nokia Lumia 1320 is available for Rs 14,999, instead of Rs 23,999. Microsoft promises free shipping across the country for all its products purchased from the Brand Store.