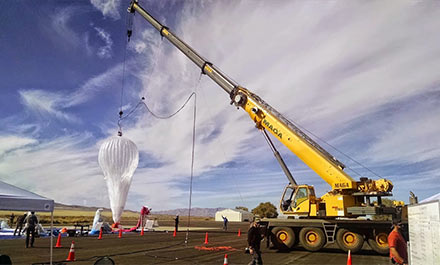 Google to bring its internet, energy projects to India

Recently Facebook announced Internet.org in India, and now Google is also all set to bring its internet project offering connectivity to remote areas here. According to a new report by The Times of India, Google is in talks with the Indian government to introduce its Project Loon, an internet project that uses high-altitude balloons to offer affordable internet across the globe to people without any access.

Mohammad Gawdat, VP of business Innovation at Google X told the news site that the company plans to launch a commercial format that will allow coverage on “every square inch” on earth by 2016. He also said that the company is working ‘closely’ with telcos and governments across the world to achieve this.

Project Loon uses balloons that travel 20 km above the earth. Using software algorithms, Loon determines where the balloon needs to go depending upon the wind. It started as a pilot project in New Zealand wherein 30 balloons were launched. Last year in November, Google announced that Project Loon has the ability to launch up to 20 balloons per day. According to a Google+ post, it was possible because the autofill equipment had improved and the time to fill the balloon had come down under 5 minutes.

The balloons can now last up to 10 times longer in the stratosphere, than they did in 2013 and a lot of them have lasted over 100 days – with 130 days being a record, Google had said.

Besides, Google is reportedly also working on a wind power project with an ‘aeroplane-like kite that is tethered up to 300 metres to do a manoeuvre aided by the direction of the wind’. Its movements generate power. “We believe through this we should be able to get a 100% improvement on the current renewable technology out there. It will be available at a much cheaper cost,” Gawdat further told the news site.

He further said that Google is in talks with the Indian government to deploy this wind power project here. The company hopes to begin production by 2016.