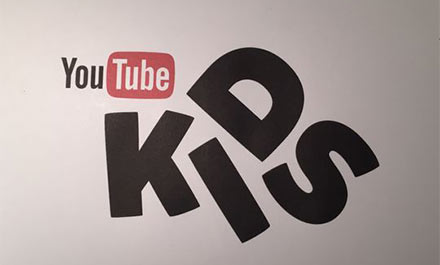 YouTube is a repository of clips that range from exceedingly educational to suggestively explicit. So to make sure younger fans of Google’s online video library have a more age-appropriate experience, its engineers have come up with a new app called YouTube Kids.

The free app launches Feb. 23, and at present is available for Android devices only.

“Parents were constantly asking us, can you make YouTube a better place for our kids,” says Shimrit Ben-Yair, the project’s group product manager, noting that family-friendly fare is a booming business on YouTube. “(Year over year) we’ve seen 50% growth in viewing time on YouTube, but for our family entertainment channels, it’s more like 200%.”

Months in the making, YouTube Kids was the byproduct of input from in-house engineers with parenting credentials as well as third-party testers from organizations such as Common Sense Media. The result is a simple-to-use interface that rids the screen of distracting elements such as viewer comments while offering unique features such as a parent-controller timer that shuts down the app after a set amount of time.

A demo of the new app reveals a home screen dominated by eight large tiles showcasing images from popular kids shows. Above them hover five simple icons, a TV set for programs such as Thomas the Tank Engine and Yo Gabba Gabba; a radio for video renditions of popular songs; a light bulb for educational programming such as Khan Academy; and binoculars to explore a range of top videos.

“The images are big as are the tap targets for small fingers, and since most younger children can’t type they can search with voice,” says Ben-Yair.

If a child deliberately or inadvertently types in a word such as “sex,” the screen pops up with a “Try something else” message. Parents who want to limit their child’s screen time can control the app’s settings through a password; when a set amount of time is up, the app turns off and can’t be started again without the password.