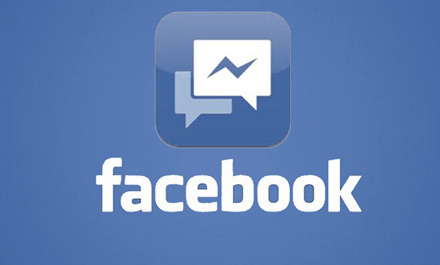 Facebook has created a new messenger app for Android that has caused significant privacy concerns among its users. Although privacy concerns with this social media company is not a new concept, the new permission requirements within their new Messenger App has created unrest with some customers, making them feel violated and unsafe. The biggest concern encompasses the app’s need to record conversations and know users’ personal information without notifying them every time.

These permission rights have extended to other social media sites as well, but this company has been the one put in the spotlight to take the heat. When users now try to message friends through this app, Facebook will send an automated note saying that the recipient must download the app before they can reply. With the number of features that the new app requests access to, customers feel as though it exposes their identity and has sent them into a panic.

The online social networking service has been doing its best to keep the chaos under control, but rumors have already circulated like wildfire. In contrary to the privacy concerns the new Facebook Messenger App has caused within Android users, all the social media company wants to do is better improve how users contact and share pictures and videos with their friends. However, the way that seems to be happening is being blown out of proportion, Facebook said, noting the break in communication.

Ken Colburn with Data Doctors has said that their new change is not that uncommon, and not as sneaky as it is coming across to users. Everything can be taken at face value, and customers are allowed to have full view of the privacy agreements before accepting them. With the concern breaking out, he explained that users really should start looking at the privacy agreements with all of the apps they have on their phones. “You’ll be pretty surprised,” Colburn said.

Requesting permission to access phone numbers, text and call contacts, record audio and take pictures and video are all part of a plan to create later updates that users will fall in love with. On the flip side, Colburn said that if the company was going to start turning on customers’ phones without their knowledge that would be a huge issue very quickly.

Sarah Milton, a social media consultant, reported that the new changes will begin to affect clients this week. If customers decide not to download the new app, she points out, they won’t be able to send messages or pictures back and forth as easily. She sees nothing to be alarmed about in the app, and nothing out of the ordinary compared to other apps.

According to Milton, the app is geared for them to know more about the users as individuals, giving them a better target ads database that is more appealing to vendors.

On their website, Facebook has a link to a page that explains the new update for Android in detail. Because Android is a different operating system than an Apple product, things need to be done different. It requires access to specific features in order to function properly.

The website reads “Your phone or tablet should let you know the app is asking for your permission to access information.”

Facebook acknowledges the fear and privacy concern their new Messenger App has caused within Android users when the permission request pops up, so they have made sure to go in-depth about how everything asked for is used. For instance, with wanting access to phone numbers, the social media site is only wanting the ability to connect users more quickly with their friends and family.