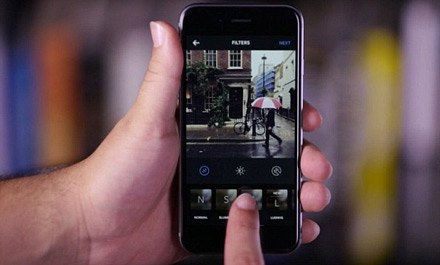 We’re not ace photographers, but we all take photos. Most could use a little help with light and shadow. So rather than making you manually filter them, Facebook tells me it will now auto-enhance newly uploaded photos starting today on iOS and soon on Android. You’ll be able to adjust a slider to control just how enhanced you want the light, shadow, and clarity, or revert back to your original shot.

The tool could make it much quicker to post well-lit photos so you can share on the go and get back to what you were doing.

Facebook and the other social apps are locked in a battle for photo sharing. To the winner goes tons of engagement. That’s why Twitter just revamped its filtering interface, Snapchat started letting you dual-filter with color filters and its geo-filter titles, and Instagram today added five new filters. Google+ added a similar auto-enhance feature a year ago.

Previously when you uploaded a photo to Facebook from mobile, you were shown your unedited image, and could hit a button to add a one-size-fits-all light enhancement, or try adding one of Facebook’s filters. That was slow, could cause filter decision paralysis, and if you didn’t like how the enhancement looked, you had to take it or leave it.

Now photos are automatically enhanced, but you can quickly tone the effect up or down. I found the auto-enhancements to be a touch overzealous in some of my experiments, but it’s typically in the ballpark of how I’d want to edit a photo, plus it requires no work on my part.

That’s especially helpful if you’re more concerned with experiencing the moment with your eyes than staring at your phone. If Facebook can be the way to share photos without interrupting your life, it might be the app we choose most often when we see something special.