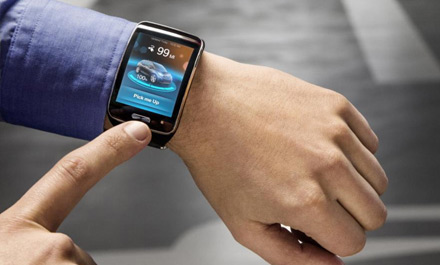 BMW is developing a car that can be parked via smartwatch

BMW is developing a remote-control valet parking system for cars that can be operated by a smartwatch.

The sensor-filled BMW i3 car, which will be on display at the 2015 International CES in Las Vegas in January, integrates with smartwatch and can essentially self-park. According to the company, a driver could activate the “Remote Valet Parking Assistant” via an app, which then guides the vehicle to a parking spot all by itself.

The car works with the help of laser sensors that scan the surrounding environment so it can move without running into anything. It will work in tandem with a digital site plan, so the car has a map of the environment, too.

The prototype BMW i3 is understandably imperfect. Previous iterations of self-parking cars — like the one Audi showed off at CES 2013 — worked with lasers positioned in the physical location. The BMW model requires a map of the environment, but it seems that it still occasionally crashes during self-park jobs. (In BMW’s news release, the company said there’s only a “possibility of entirely collision-free driving.”)

Other companies, like Tesla and Google, have cars with autopilot-like features, too.

We may still be a way’s off from sleeping during solo road trips, but big-name companies are working hard to make it a reality.