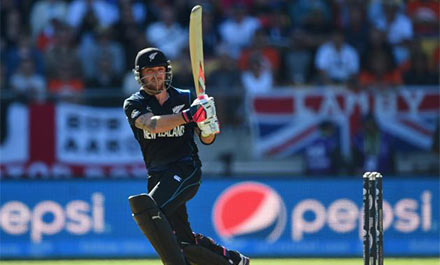 Michael Holding has questioned whether Gary Ballance ‘s last-minute inclusion at No 3 is the right World Cup call for England after they crashed to a spectacular defeat against New Zealand in Wellington.

Holding made his comments on Match Point – the original Match Point show – which is freely available on ESPNcricinfo for every game throughout the World Cup as well as being shown simultaneously live on the ESPN TV network in USA and the Caribbean.

“I am not absolutely sure that they have the right team,” Holding said. “There are guys who I have seen play for England in recent times who should be in this team. Alex Hales – OK he hasn’t done a lot but he has the capability of doing a lot better than some of the guys in this team.

“I am not sure Ballance is a one-day cricketer. I think he is a fantastic Test batsman… I am not sure he has the right attitude for ODI cricket.”

Ballance’s World Cup preparations were hampered by a broken finger and he was a surprise inclusion for England’s opening-day defeat against Australia when England shuffled James taylor down the order and dropped Ravi Bopara.

Jonathan Trott has urged England’s selectors not to panic and make further wholesale changes. His assessment also formed part of the expert analysis which is available on Match Point throughout the World Cup – part of ESPNcricinfo’s comprehensive World Cup package of video, match reports, analysis and features.

“You have to make a decision,” Trott said. “You can’t start chopping and changing now one you are in the World Cup. You have to select the team and back the players.

“All the upheaval or the indecision about Alastair Cook being captain or Morgs being captain and players being swopped [in the order] and team changes before the first game… uncertainty is something you don’t want with regard to selection… but when you don’t win games you don’t always get certainty. You are always searching for the formula to get you across the line.

“Ballance has only had two games. What message would that send? It was a bit of a surprise when we all saw the line-up for the Australia game – it has been a bit difficult for him. He is a good player with a fantastic Test record. I think he has the potential to do very well in one-day cricket.”

Consolation for England supporters was to hear Holding laugh away thoughts that they might slip up in their next game against Scotland, in Chrisitchurch on Monday.

“Let’s not get carried away,” he said. “That’s where they need to rebound. England need to go in there and play some serious cricket now.”